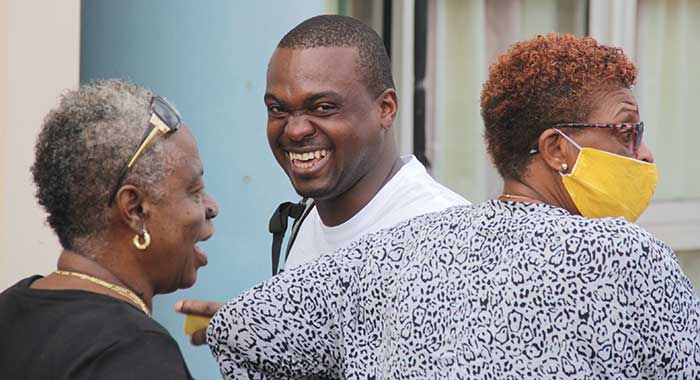 The prison warder who was taken before the Kingstown Magistrate’s Court on Thursday charged with wounding an inmate has pleaded not guilty to the charge.

Senior Magistrate Rickie Burnett read King a charge that on June 27, at Her Majesty’s Prisons in Kingstown, he unlawfully and maliciously wounded prisoner Dorian Mapp, 23, of Victoria Village.

King’s lawyer, Jomo Thomas asked that the accused man be granted bail in his own recognisance.

He said that King has been a prison officer for the last 15 years and had not been suspended from his job and would, presumably, return to work.

Thomas said he was confident that King would attend court on whatever date to which the matter was adjourned.

Police said on Thursday that King is alleged to have boxed Mapp on the right eye and beat him about his body with his hands.

iWitness News was reliably informed that the Crown’s case is that on the date in question, King and other prison officers were summoned to deal with an altercation between Mapp and his cellmate.

The prison officers decided to remove Mapp, who had been complaining against the other inmate.

Mapp began to protest saying that it should be the other inmate who should be removed from the cell.

He, however, exited the cell when it was opened but continued with his verbal aggression, saying that the prison authorities were unfair.

King is said to have tapped Mapp on the shoulder and asked him if he had not heard the supervisor say that he should behave himself.

Mapp then allegedly slapped King, who is reported to have responded, “Dorian, is officer King you really slap?”

The Crown is alleging that King then started to box Mapp about the face and kick him about the body.

Mapp is said to have sustained a cut over the right eye and was taken to the Milton Cato Memorial Hospital, where he received five sutures.

iWitness News also understands that Mapp is awaiting an appointment with an eye specialist.

Sources with knowledge of the case say that the defence’s case is that Mapp sustained a cut over his eye after bumping into something when King slapped him once in return.

2 replies on “Prison warder pleads not guilty to wounding inmate”