Electoral officers who act lawfully have nothing to fear — Kay 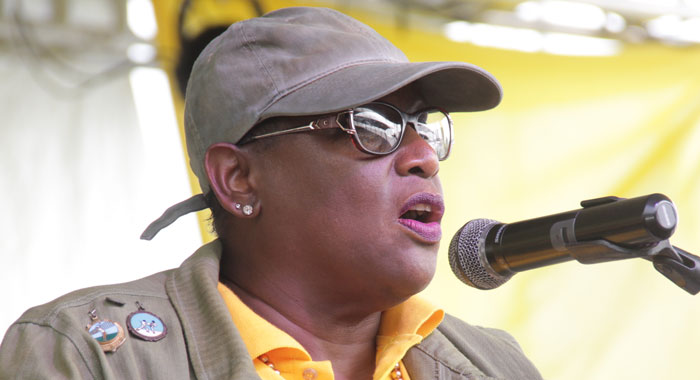 An opposition politician says that electoral officers who conduct their duties within the confines of the law have nothing to fear.

Kay Bacchus-Baptiste made the point at a recent campaign event of the New Democratic Party, saying that God does not sleep, even as she asked questions about the current status of the returning officers in North Windward and Central Leeward, where election petitions were filed after the 2015 vote.

Bacchus-Baptiste said that Winston Gaymes, the returning officer for Central Leeward, counted over 300 ballots which did not have on the official stamp.

“He committed an offence. Where is Mr. Gaymes now? He run away,” said Bacchus-Baptiste, a lawyer, who also quoted sections of the election law in her speech at the NDP’s virtual meeting broadcast on radio and social media.

“I have written to the Director of Public Prosecutions to bring up criminal action against him for that breach of Section 40 of the act. I don’t think he’s coming back for now,” she said.

“He certainly would not be registering officer or returning officer for Central Leeward,” Bacchus-Baptiste said.

She also turned her attention on Ville Davis, the returning officer for North Windward, who told the court that the recount of ballots in that district continued until 9 p.m. on Dec. 10, 2015 — an hour after the prime minister was sworn in.

Davis also “lost” all the statements of the poll in the North Windward election in 2015.

“Where is he today? Check it out. I don’t think he would be returning for North Windward either,” Bacchus-Baptiste said of Davis.

“God is not sleeping, and we say once you do your work, registering officers, officials, you have nothing to fear.

“But if you are a cheat if you do what — that’s why we taking the time to make sure that every Vincentian will know what the law is, as regards what the registering officer should do, what they should not do, what a ballot should look like,” she said, referring to her “Election Watch’ public education campaign broadcast on NICE Radio.

“And we’re going to write the Supervisor of Elections to clean up the list. It is her duty under section 25. … Take all them dead people names off, and all those people who have not been in St. Vincent for over five years continuously and living abroad, We’re going to make sure that if you don’t do that, you will have to face the penalty of the law,” Bacchus-Baptiste said.