Woman jailed for attempting to traffic weed though AIA 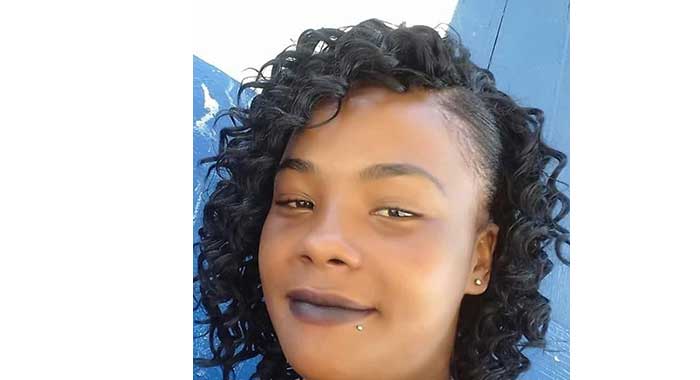 Cushalee Cozier has been jailed for her crimes. (IWN photo)

A 23-year-old mother of children aged 9 and 6 was, on Thursday, ordered to spend one year and five months in jail for attempting to export 36lbs of marijuana through Argyle International Airport (AIA).

Chief Magistrate Rechanne Browne handed down the sentence on Cushalee Cozier, of Richmond Hill, who had also pleaded guilty to charges that on Oct. 30, 2019, she had in her possession, at AIA, 16,439 grammes (36.24lbs) of cannabis with intent to supply.

The woman also entered a guilty plea on a charge that she had the drug for the purpose of drug trafficking.

Cozier was handed the jail term despite the pleadings of her counsel, Grant Connell, that the court impose a suspended sentence.

But while the chief magistrate imposed the jail term, she did not activate the bond that Cozier had breached when she committed the drug offences.

The facts of the case are that PC 39 Michael Murray, who was stationed at AIA, acting on information, was sitting at the check-in area of the airport.

Cozier arrived at the airport carrying a small brown cloth suitcase and a large hard plastic suitcase and went to the LIAT check-in counter.

The woman was scheduled to travel to Barbados.

Murray then went to the baggage room and as the larger suitcase passed through the scanning machine, he said he saw seven packages inside the suitcase.

Cozier was summoned to the luggage room and was escorted there by Corporal 272 John.

Murray asked Cozier about the suitcase and she said, “The suitcase is mines and my uncle packed it.”

The police opened the suitcase in Cozier’s presence and saw seven brown taped packages in transparent sealed plastic bags with blue carbon around them, wrapped with transparent wrap.

The police cut open the packages and found then to contain plant-like material resembling that of cannabis.

The sentencing had been adjourned from Tuesday to Wednesday, but was further adjourned to Thursday.

In his submission to the court on Wednesday, Senior Prosecutor Adolphus Delplesche said that the case was a troubling one.

He noted that Cozier is mother of young children but added that each case must be dealt with based on its own facts and circumstances.

The prosecutor said that the sentence ought to reflect the seriousness of the offence, adding that the defendant pleaded guilty and the sentence should take account of the totality principle.

Delplesche said that the defence had said that Cozier is a person without means to pay a fine.

“What does the court do in these circumstances?” the prosecutor said.

He said that as a mother of two children ages 9 and 6, Cozier was between a rock and a hard place.

The prosecutor said he had discussed the case with his colleagues and their decision was that the prosecution should ask the court to order Cozier to pay a fine.

But Connell noted that he had made it clear on Tuesday that that Cozier had been traumatised when the father of her children was shot and killed.

He said that the prosecution’s suggestion of a fine would amount to imprisonment because Cozier’s financial circumstances.

The lawyer said that Cozier’s mother had been able to secure a job for her but “nothing that would allow her to pay a fine”.

Connell said he believed that justice would be served with a suspended sentence.

He noted that Novian Mullings, a Jamaican who was convicted after trial of the same offences and had in his possession 5lbs of cannabis less than Cozier did at the same airport, was given one year in prison.

Connell said a suspended sentence could be like an umbrella over Cozier’s head that only she could close.

But the chief magistrate noted Cozier’s criminal record, adding that the defendant had had an umbrella over her head — in the form of the bond — and before it was closed, she was charged with the drug offences.

Browne said that Cozier’s breach of the 18-month bond suggested that she had no regard for the sentence of the court.

Regarding the lawyer’s point that Cozier was traumatised, the court asked whether the CCTV footage at the airport would evidence this.

Connell said that Cozier had arrived at the airport without the suitcase and someone had given it to her there to take to Barbados.

He said he had never seen an island where one plant can cause a person pain because of their social status and another pleasure.

“If I might quote a more learned counsel who practised at this bar once upon a time, this “is not a hanging offence,” Connell said.

Counsel Jomo Thomas, who was at the bar at the time but was not involved in the case, laughed loudly at his colleague’s comment.

In handing down her sentence, the chief magistrate said that the fact that the crime took place at the airport was aggravating, adding that this was a breach of national security.

She said a mitigating feature of the offence was the fact that there was a lack of sophistication regarding concealment of the drug.

Regarding the offender, Browne said that an aggravating feature was the fact that Cozier committed the offence while on a bond. The fact that she had dependent children aged 9 and 6, however, mitigated on her behalf.

Browne said that while there was a guilty plea, it did not come at the earliest opportunity, adding that Cozier had a lawyer from the inception of the case.

She sentenced the woman to one year and two months on the possession charge, one year five months each for the trafficking and exportation offences.

The sentences will run concurrently and the 132 days that Cozier spent on remand will be discounted from her sentence.

Browne said that it was because of Connell’s representation to the court that Cozier did not receive a more severe sentence.