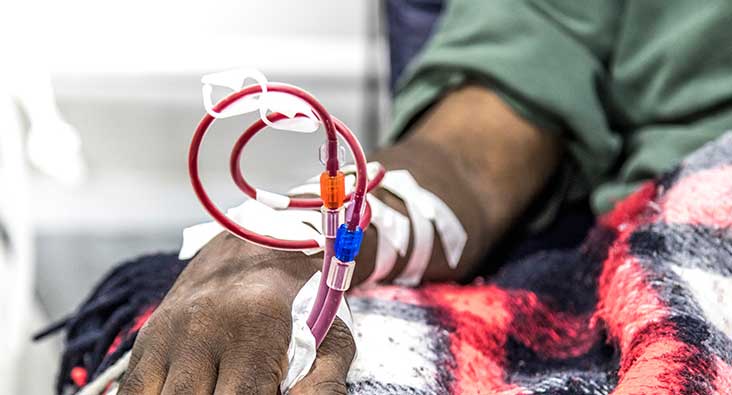 The Government of St. Vincent and the Grenadines is set to subsidise further the cost of dialysis treatment.

Minister of Health Luke Browne made the announcement last Friday as he addressed the first-ever blood bank donation drive at the Modern Medical and Diagnostic Centre (MMDC) in Georgetown.

“The government has already taken the decision that it would further enhance in these Covid-19 times the subsidy that is provided to dialysis patients,” Browne said.

The minister however did not give further information with regards to what the new subsidy entails.

For the past two years, dialysis patients at the MMDC paid EC$250 per session for treatment, which the minister said was being offered at a “highly subsidised rate”.

The minister explained that in making the decision, “the government is of the view that people in this country must not suffer hardship when it comes to accessing [health] services”.

He said: “It is already difficult for you (dialysis patients) to deal with the challenges posed to your health if you have kidney failure or if you have some other malady. Government is not going to burden you further with the headache of having to figure out where you’re going to get the money from to pay for your treatment.”

The health minister noted that the MMDC became the first public facility to offer dialysis services in the country when it became operational two years ago.