Multiple aspirants show NDP is ‘the hottest ticket in town’ 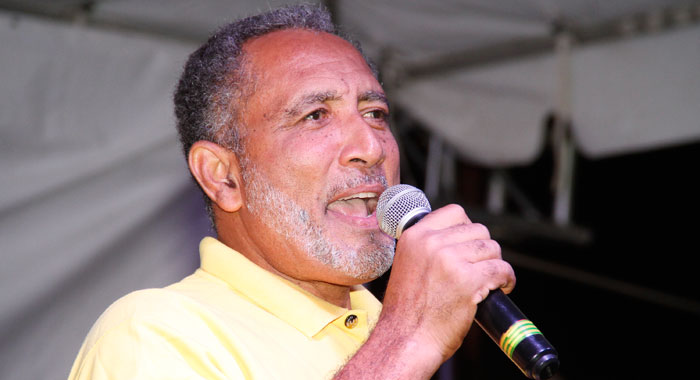 President of the opposition New Democratic Party, Godwin Friday, says the fact that multiple persons are vying to represent the party in some constituencies shows that the NDP is “the hottest ticket in town”.

“It shows that people have confidence and faith in the New Democratic Party, in myself as the leader of the party, in the vision that we have put forward; that they want to be a part of bringing that vision to fruition,” Friday said on Monday in his weekly show on NICE Radio.

“They also see that they can do something for their constituency and the NDP is the vehicle through which to do it. So I am really, really humbled in a sense as the leader of the party but also encouraged, because I know what it takes to put your hat in the ring, the kinds of slings and arrows that you expose yourself to but also you know you are doing it not for yourself, you are doing it for your community. So that gives the incentive; it gives the encouragement, the determination to go forward.”

The NDP is expected to conduct soon a primary to determine the candidate for Marriaqua, where three persons remain interested in representing the party in that district in the upcoming general election.

Friday said he was grateful to the persons who have offered themselves as candidates.

“And for those who don’t make it as a candidate, continue to work for the selected candidate,” he said, adding that there are many other ways in which persons can work to get the NDP into office, and thereby ensuring the national transformation that the party has in mind.

He appealed to persons whose preferred aspirant might not emerge as the candidate.

“… the biggest objective is to win the election for the New Democratic Party and we all have to work,” the opposition leader said.

“We are going to need every hand on deck because this is not something you can take for granted,” he said, adding that this was the case with the Unity Labour Party administration.

“They come now with their goodies and say this is what they need and once I drop this there on their front lawn, on the doorstep or under their house someplace or on the road in front of the house, then I got them. But the people have wised up to that,” Friday said.

He said that what the NDP is offering is something “beyond this immediate Santa Claus that comes every four and a half, every five years and says to people, ‘I am bringing you some goodies, what more do you want? Now vote for me.’

“That is the arrogance that they feel that somehow that they have the formula to know how to get people to come out and vote for them. And that kind of arrogance takes people for granted even though people on the windward side, the farmers who they say they love so much, they take them for granted and people have wised up to it, they have woken up to it and they say ‘no more’.”

Friday said that St. Vincent and the Grenadines needs to build a future that includes the nation’s youth.

“What we have had under this Unity Labour Party administration is neglect and they are trying to make up for it and coming with all kinds of goodies. They are sharing out all over the place and saying people are going to forget four and a half years of neglect just because they’re coming and handing out. And when they hand out, the next time, they want to raise the VAT and other taxes,” he said.