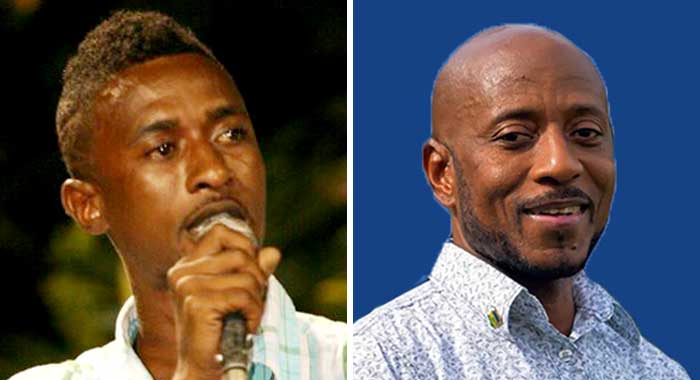 The 2014 murder of his son has inspired opposition politician Dwight Fitzgerald Bramble to help the youth of East Kingstown to avoid his son’s fate.

His son, Fitz-Allan Bramble, 30, better known as “Wizzy” and “Little Terror”, a former national Under-17 and Under-20 footballer, died in hospital after being shot in Sion Hill in January 2014.

The father, who was also a national footballer and father to three other national athletes, says that his son’s murder has motivated him to help constituents escape a similar fate.

Bramble, an economist and former diplomat, is a first-time candidate for the opposition New Democratic Party in elections expected by December.

“A lot of you would know that I lost a son who was murdered in East Kingstown in 2014. Everybody knew him as ‘Wizzy’, ‘Little Terror’, talented young man, singer, football player who represented St. Vincent in football at the youth level,” Bramble told a virtual campaign held by the NDP recently.

He said that his son had made “some decisions and some choices, which were not very smart.

“And I think that eventually led to him experiencing what he what turned out to be his final experience — being murdered,” the father said, adding that he knows that some people would use his son’s death “for politics”.

Bramble announced his version of HOPE — Helping Our People Excel — which was first detailed by Senator Kay Bacchus-Baptiste, the NDP’s candidate for West St. George.

“HOPE is an initiative that we have developed with the help of some young economists from East Kingstown and other youngsters in the constituency.”

He said that HOPE is built on five pillars that the NDP has created for job creation and economic growth.

The five priority areas are: providing skilled employment for Vincentians; investing in small and medium enterprises; growing our agriculture and fisheries industries; delivering infrastructure to help our businesses and, funding science and technology to support our economy.

Bramble said that HOPE is geared towards youth and woman start-ups’ and micro, small and medium enterprises.

“The objective is to create a minimum 5,000 jobs by 2025. And these are not figures that we throw out there just to get your vote. As an economist, I do my research, I do my homework and this is empirically-based,” Bramble said.

He said HOPE will be “a collaborative, inclusive initiative”.

“And when we talk about innovation, we’re talking about inclusive in the true sense of the word, no division between yellow and red, green or blue, black or white, this will be a fully inclusive initiative that will incorporate participation from the private sector, the diaspora, donor agencies and government. And this initiative will directly impact young people’s skills, entrepreneurship and will focus on job creation and business development.”

Bramble said the intention is for HOPE to become “one of the largest youth initiatives in the entire Caribbean.

“And we are confident that we can accomplish that,” he said, adding that the initiative would be focusing on key industries or sectors such as sustainable agriculture, creative arts and entertainment, sports, tourism, light industries, light manufacturing, renewable energy, and information and communication technology.