Man to be sentenced for hitting boy with pipe 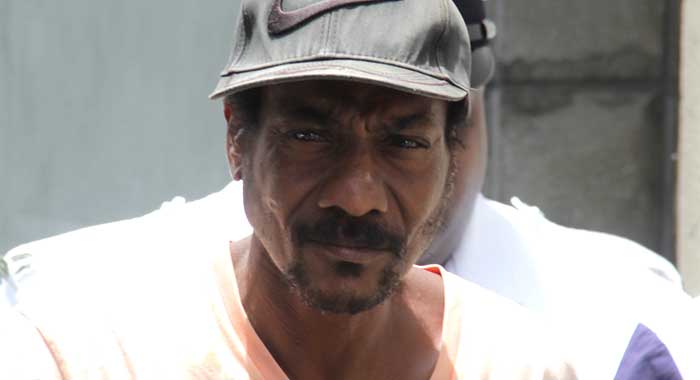 Andy Williams admitted to strike the child with a piece of pipe to the side. (iWN photo)

A Diamond Estate man was today (Monday) remanded into custody overnight while Chief Magistrate Rechanne Browne considers his sentence on a charge that he assaulted an 11-year-old boy by hitting him on his left side with a piece of pipe.

“I don’t like abuse.  This amounts to abuse. When I see the medical report, I hear the whole facts, you can’t do these things to children,” she said at the Serious Offences Court.

The defendant, Andy Williams, 47, repeatedly apologised for his actions as the magistrate told him he would be remanded in custody while awaiting his sentence.

Williams answered to a charge that on Sunday, at Diamond Estate, he assaulted the child resulting in actual bodily harm.

He told the court that he had struck the boy because he had interfered with his vehicle.

The court heard that on Sunday, about 4:30 p.m., the boy, who is a student, went for a walk with his sister and a 2-year-old child.

The boy was carrying the toddler on his shoulders and on their way back, was walking behind his sister.

Williams was along the roadside and approached the boy and struck him in the side with the pipe, telling him, “Yo’ f***er yo’!”

On receiving the blow, the boy leaned against a nearby piece of galvanise and his sister turned around in time to grab the toddler off his shoulders.

Williams was arrested but said nothing when police interviewed him, under caution.

He, however, told the court that the boy did not have the child when he struck him.

He further stated that the boy is his relative and maintained that he had interfered with is vehicle.

The chief magistrate asked Williams why he had not reported the matter to the police or the child’s parents.

“So you go and assault people child with a pipe in the road…” the chief magistrate commented.

Williams, however, said that the incident had occurred at his garage, where he washes his vehicle.

The chief magistrate asked him if it was better that he did it there to the child.

“You’re 47; he’s 11,” the chief magistrate said, adding that Williams is supposed to be acting in the capacity of a parent.

He said that while children may do things to frustrate adults “the disparity of force is way in excess”.

The chief magistrate said that in order to come up with a sufficient sentence, she would have to remand Williams into custody until tomorrow (Tuesday).