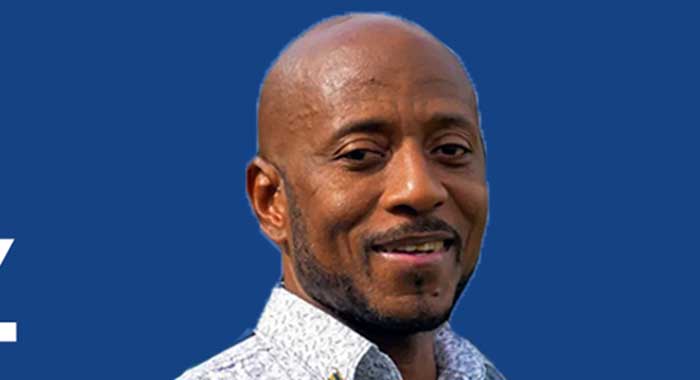 “Lift SVG Higher”, the Unity Labour Party (ULP) slogan for the next general election, is a very appropriate mantra as St. Vincent and the Grenadines (SVG) “economically, is at rock bottom right now”.

This is the view of Dwight Fitzgerald Bramble, an opposition candidate in the upcoming general elections.

“I am recognising and realising more and more that St. Vincent and the Grenadines needs a rescue mission. This country, economically, is at rock bottom right now,” he told his New Democratic Party’s (NDP) virtual campaign rally last Thursday.

“The only way we can go is up. So when you hear people talking about lifting SVG higher, they are correct because where we are right now it’s only up we could go,” said Bramble, who is the NDP’s candidate in East Kingstown.

Bramble, an economist, compared the performance of the Vincentian economy under the NDP administration, which was in office from 1984 to March 2001 and under the ULP government, which has been in office since then.

“I want to make some comparisons here quickly because it baffles my mind when a government which has been in office for 20 years, 20 consecutive years, still refers to things that an NDP government did and didn’t do 20 plus years ago.

“So since they want to make comparisons, let’s make some comparisons. And I’m going to focus a little bit on economics tonight, simply economics because when you hear the NDP talk about jobs, jobs, that is the prescription to revive our country and to revive our economy out of the economic coma, within which we find ourselves right now,” Bramble said.

He said that economic growth occurs when an economy produces things.

“And you can only produce when you have jobs. So when we produce at a growth rate of 1.3%, the lowest in the OECS (Organisation of Eastern Caribbean States), it tells you that we have a problem. And that is simply because there aren’t enough jobs to create the kind of activities to help us grow.”

He said that from since 2010, the economic growth rate in SVG has averaged 0.6%.

“Let’s make a comparison. Since this country became independent in 1979, the highest growth rate in our economy was 5.9% in 1988 under a New Democratic Party government.”

“Leh we make comparisons. Over the 17 years when the NDP was in office, St. Vincent and the Grenadines’ growth rate averaged 4%.

“Since 2001, our growth rate has averaged 2%. That is less than half of what we experienced under an NDP government.”

He said that when the NDP left office, the unemployment rate was about 19%.

“Twenty years later, under this current administration, our unemployment rate is 26%. That means more than one out of every four persons who’s capable to work is not working.”

Bramble further stated that when the NDP left office, the youth unemployment rate was about 35-36%.

“Today, the youth unemployment rate is 46%. That is almost one out of every two young persons that you see walking around doesn’t have a job. So this is a government who promised us 19,000 jobs in 2010 and in 2015. Check the manifesto,” he said.

“And I challenge anyone to refute any of this information that I’m giving you here tonight. This might sound boring to some of you, but facts don’t lie. The data don’t lie. And when we have the facts, the only thing that they can do is go after me personally.

He said that some persons come to him asking about the NDP’s plan.

“What but? When you’re rock bottom, the only place we can go lower than this has undergone. The only place St. Vincent and the Grenadines could go right now, economically, is underground. And when you go underground, you know what that means… We are responding to the needs and the realities of our country,” he said.