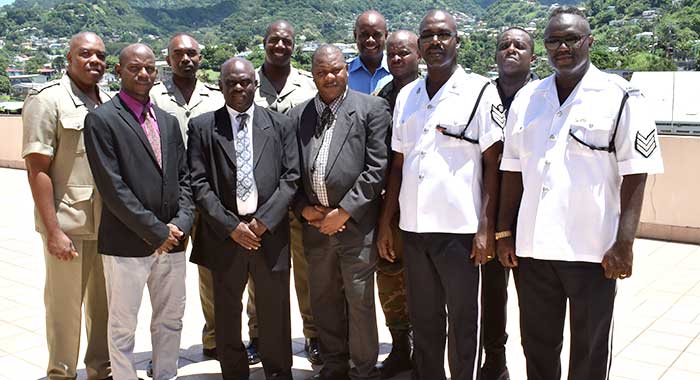 These officers are attached to various stations, departments and units throughout the RSVGPF and are the only ones remaining from a batch of 67 recruits who were enlisted into the RSVGPF on Sept. 1, 1995.

The officers expressed thanks to Almighty God for his guidance and protection throughout their journey in the police force and to their families and friends for their undying support over the years.

Appreciation and thanks were also expressed to their colleagues and all the persons who have contributed to their development and career as police officers.

“Commissioner of Police Mr. Colin O. John on behalf of the men and women of the Royal St. Vincent and the Grenadines Police Force extends congratulation to the officers on their achievement, dedication to duty and wishes them success in the future,” a press release stated.