China vs. Taiwan: Another Perspective 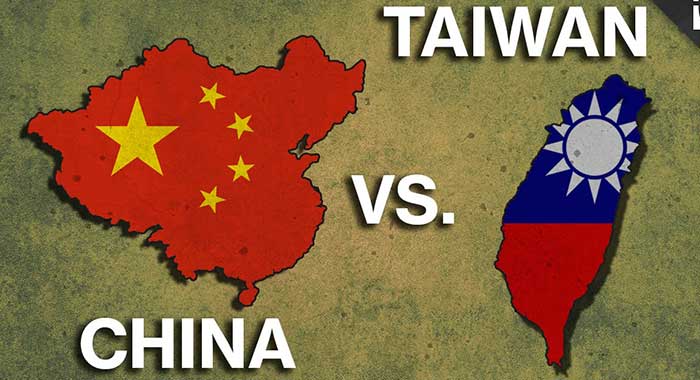 By Just a Citizen

Of recent, there have been in St. Vincent and the Grenadines fiery debates on the policy positions surrounding the move to the One China diplomatic relations policy as opposed to continued alignment with the Republic of China, Taiwan.

There are local articles published on this topic, which were very informative. These, however, stop short of making a direct comparison of the two nations and clearly articulating the pros and cons of a change in direction for SVG.

I must first add that I am of the view that the leaders of the opposition party and most of their candidates are very ill-prepared to articulate on a major strategic message on China vs. Taiwan to convince their intended electorate to support their position. Likewise, many government ministers barely offer any in-depth knowledge on the topic except to highlight a few scholarships and projects funded by Taiwan.

I hope this article stimulate the urge to conduct more research on the topic across the board and help with more informed discussions. Importantly, I want the citizens of SVG to grasp an informed perspective of both nations.

The People’s Republic of China (China) is governed by the Chinese Communist Party under the leadership of its President and Paramount Leader Xi Jinping. The state of China has three separate organs of government: the central government, the courts and the military. Xi Jinping exercise full authority over all organs of government. There are other political parties in china but these all ultimately form part of the Chinese Communist Party. There are no formal democratic elections in China but their president is elected every five years by a vote at its Politburo Standing Committee. The constitution of China has a term limit of two five-year terms for the Presidency. Given that China is a single political party system, all presidents and government officials are from the same party since 1949.

Taiwan operated under martial law up to 1987 and was ruled by a single political party. The marshal law and ban were lifted allowing the formation of new political parties in 1987. The first democratic national presidential elections occurred in 1996. The first transfer of presidential power to a party other than the ROC occurred in the year 2000. Taiwan can now be considered one of the most progressive democratic countries in Asia. No peace treaty was ever signed between China and Taiwan. China still regards Taiwan as a province of the country and has led the effort to derecognise Taiwan as a sovereign independent nation. Only 14 of the 193 countries at the United Nations have diplomatic relations with Taiwan.

The economic scale of China is light years ahead of Taiwan as China is ranked the second largest economy in the world. This allows china to use foreign aid in the form of complete projects, goods and materials, technical cooperation, human resource development cooperation, medical assistance, emergency humanitarian aid, volunteer programs, debt relief, concessionary loans, interest free loans and grant to promote the brand of China globally. Our region of Latin America and the Caribbean receives the largest percentage of China’s aid.

I must emphasise that Taiwan is a developed nation and is considered a high-income country. Taiwan ranks as one of the top 20 countries in the world to do business. Also based on the comparative GDP per capita and life expectancy rates of both countries, the average citizen of Taiwan enjoys a better quality of life than those in China. (Source: World Bank, Taiwan.gov.tw)

China is home to some of the world’s largest technology companies on the planet. Companies such as Alibaba, Huawei, Tencent, ZTE and Baidu were all created in China. They rival many global brands such as Amazon, Apple, Facebook, Google and Samsung. Due to the scale of manufacturing in China, most of the global supply chain originates out of Mainland China, including major brand such as Google, Microsoft and Apple. The new sensation app TikTok is a Chinese-owned company.

The citizens of SVG may be surprised to know that credit cards almost cannot be used in China. The pace of technology growth in China resulted in that country leapfrog from using cash to using mobile phones to conduct transactions. To sum it up China is at the epicentre for the world technological innovation.

Taiwan is very big in the world of electronics and semiconductors manufacturing. The manufacturers of Acer computers is a Taiwanese company. As the 21st largest economy of the world, Taiwan has a major scale and significant capacity in technology manufacturing globally. Tension between the US and China may see increased technology development activity in Taiwan as US tech companies migrate manufacturing out of China.

China vs. Taiwan: Universities and scholarships

China is estimated to have 2,900 colleges and universities in 2019. Their institutions of higher learning has a moderately high global ranking with only two universities ranked in the top 50. There are 30 million students enrolled at universities in China. A significant growth in the last 10 years as the government focused on improving the tertiary education of its citizens. A similar policy adopted by the present government of SVG. Scholarships programmes are a fundamental part of China’s foreign aid. It is estimated that China issues in excess of 20,000 university scholarships annually. One report outline that China issued 12,000 scholarships to African students. This was more scholarships than all of the western countries combined issued to African students. Taiwan offers university scholarships as part of its aid package to the 14 countries with which it has diplomatic relations.

Specifically for St Vincent, the scholarship programme started in 2004 with just four students. In 2020, the Taiwan Embassy in St. Vincent announced 15 successful scholarship awardees. Taiwan has one university in the top 100 world rankings with a few others in the top 5% world rankings (within 1,000). To put this in perspective, the University of the West Indies was ranked at 591 in the world rankings in 2019.

The fear mongering by politicians and their ardent supporters that a switch of diplomatic relations from Taiwan to China will be detrimental to SVG is utter rubbish. In fact, China has far more capacity than Taiwan to deliver foreign aid in a substantial manner. I listen to talk of students losing their Taiwan scholarship if diplomatic relations is severed with that country. Based on the scale of China’s education system, current size of annual scholarship awarded and no language barrier to that of Taiwan, I am certain that it will be a very easy transition should any changes occur.

We, as an independent nation, must be in a position to make any decision that will better the lives of our citizens and improve economic development. We must thank Taiwan for all they have done for SVG. They, however, must do more. There is a lack of knowledge transfer to help St. Vincent to build productive industries even in areas of electronics where Taiwan has a comparative advantage. A few dollars in concessionary loans, 15 to 20 scholarships per year, a small technical mission in agriculture have not done enough to help generate economic wealth in SVG. We can use our diplomatic relation currency in a far effective manner.

Also, commentators have argued that China will take over key assets in our country as has happened in several countries. This type of reasoning is unfounded and, frankly, even childish. Many of China’s funding is done through low-interest loans by its development banking arms. Loans means that the recipient country has to repay the loan principal plus below market interest, which is normally guaranteed by the asset built from funds loaned. Like any other commercial bank that lends you a loan to build a house, they will repossess your house where you failed to repay the loan within the terms agreed. My view is that we are to begin to move this country forward to prosperity at a faster pace and make the bold transformation steps to do so. This will involve taking risks. China for me will be a far better partner to improve the lives of our citizens and accelerate growth of our country.

One reply on “China vs. Taiwan: Another Perspective”