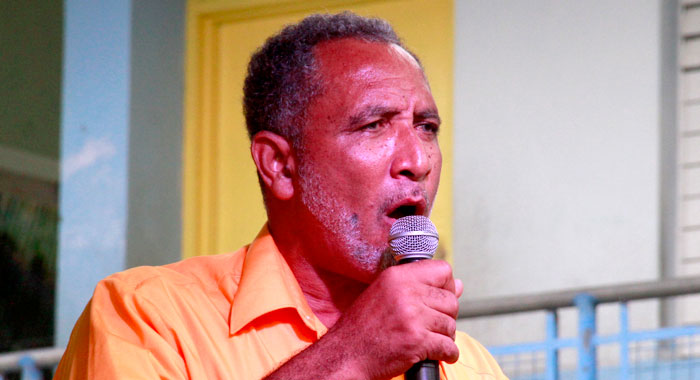 Opposition Leader Godwin Friday is anxious for Prime Minister Ralph Gonsalves to announce the date of the next general elections.

The polls are constitutionally due by March 2021, but Gonsalves has said that Vincentians will elect a new government by year-end.

And Friday told supporters of his New Democratic Party (NDP) and media audiences last week Thursday that he and his team have a plan and are asking for the support of voters.

“SVG deserves better and it is time for change. After 20 long, unsuccessful years of the ULP, our country cannot afford 5 more years of their broken promises and neglect,” said Friday, who is leading the party into an election for the first time.

“The choice is more broken promises, complacency and self-interest from the ULP or a new beginning, a plan for jobs and growth, and a better future from the NDP,” said the MP, who has been representing the Northern Grenadines in Parliament since 2001.

“There is an alternative and a better way. When the election comes, use your vote to deliver a better future for all our people,” Friday said.

“Choose hope for your families. Choose change for SVG. Come with us in the NDP. Bring your hope and dreams, your plans for a brighter future.  Put them together with ours and let us, together, move mountains. Let’s get SVG working.”

The opposition leader said that when persons vote for the NDP they are voting for jobs and for growth of SVG.

“We have a clear goal to protect, support and create jobs,” he said, adding that NDP administration will give businesses the confidence to retain their workers and hire new ones also.

“And we will make sure jobs are created in every part of our country, from Fancy in the north to Ashton, Union Island in the south, and all places in between.

“My personal priority is to give young people a better start and to give Vincentians everywhere the opportunity of a fresh start.

“I can assure you that where problems emerge, we will confront them, together. That is to only way to succeed.

“We have the determination and the resolve to create a better future and where support is warranted, we will provide it.

“Be in no doubt that where challenges arise, we will overcome them. Together.”

Friday said that as part of the NDP’s plan to create new jobs and to grow the Vincentian economy, the party will support crucial industries like tourism, agriculture, and fisheries.

“I will create a new ministry of fisheries and marine conservation to develop our blue economy.

“Our goal is to raise incomes, ensure employment and housing for all, and improve the quality of life for all our people.

“Our priorities are to provide skills and employment to equip our young people for the future and give them the education, skills and training to set them up for successful careers.”

He said an NDP administration will invest in business, adding that Vincentian businesses are the backbone of the nation and supporting them to expand and employ local people is a cornerstone of the NDP’s Plan for Jobs and Growth.

“The construction industry will be given attention.  Those who government owes money will get their money so that they can invest in new equipment and more workers.

An NDP government will deliver better infrastructure and provide major projects of development, build roads, and improve public services,” he said, adding as examples, the Ottley Hall Shipyard and Marina, roads all over the country, the jetties in the Grenadines.

“We have a plan to bring new investment and new funds into an SVG that has been so badly neglected by the ULP.”

He said that SVG needs an effective citizenship by investment (CBI) programme with checks and balances.

“St. Kitts and Nevis has the original citizenship programme, running since the 1980s and funds are used for projects such as the building of schools, developing infrastructure and roads, and cruise ship terminals; and to bring their students home from UWI during the COVID 19 crisis,” Friday said.

He added that in Dominica, CBI money was used to rebuild after hurricane Irma and Grenada is using it to pay off government debt.