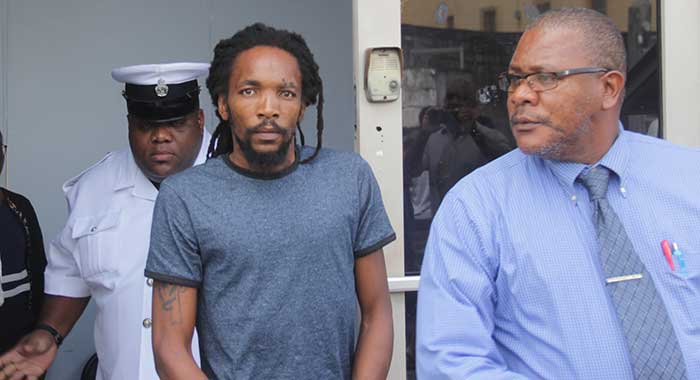 A Dickson Villager farmer has been remanded in custody until his next court appearance on Monday in connection with his alleged murder of a national athlete.

Veron Bushay appeared at the Kingstown Magistrate Court, on Tuesday, where Senior Magistrate Rickie Burnett read him a charge that on Sept. 11, at Dickson Village, he murdered fellow villager, Kaif Fraser.

Fraser, an 18-year-old national volleyballer, died after Bushay allegedly stabbed him with a knife, police said.

Police said that both men were involved in an altercation when the stabbing occurred around 7:30 p.m.

Fraser was transported to the Modern Medical and Diagnostic Centre at Georgetown, where he died at 9:10 p.m.

Bushay has been ordered to appear before the Serious Offences Court, next Monday, where Chief Magistrate Rechanne Browne will set a date for a preliminary inquiry.

One reply on “Farmer charged with murder of national athlete”