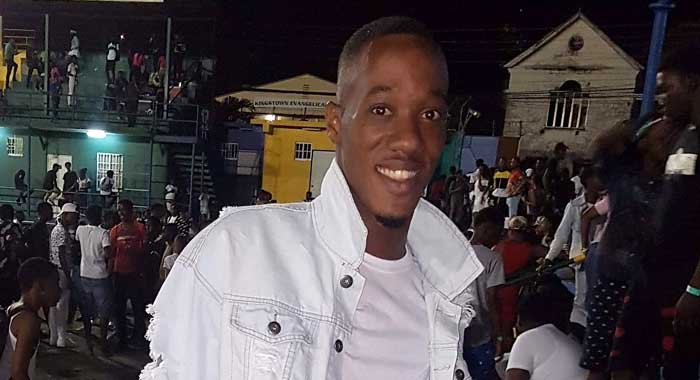 A 21-year-old Rose Place man who is awaiting the results of his secondary school exit examination has chalked up a criminal record after slashing another resident with a broken bottle.

Junté Baptiste must face this reality even as he hopes to attend the Community College and study to become a professional athlete.

On Monday, at the Kingstown Magistrate’s Court, Baptiste pleaded guilty to a charge that on June 23, at Rose Place, he wounded Jamal Horne.

The court heard that both men know each other and are accustomed to exchange pleasantries.

However, on June 23, about 9 p.m., Horne was at his business place when he heard people quarrelling outside.

He saw Baptiste and members of his family pelting bottles at a young lady called Bim Bim.

Baptiste had a crate of empty bottles belonging to Horne, who attempted to pull it away from him.

However, Baptiste pulled away from Horne and went to where the fight was taking place.

He later returned to Horne’s shop with a broken bottle and Horne asked him why he was behaving that way.

Baptiste used the broken bottle to cut Horne twice on his left hand — with one of the cuts measuring eight centimetres.

Horne was treated in hospital and reported the matter to the police.

In mitigation, Baptiste told the court that he graduated secondary school this year and is awaiting the results for the five subjects that he wrote.

He said that he does the triple, long and high jump and won two gold and one silver medal at the last secondary school meet.

“Are you aware that by your actions on 23 June 2020, you now have a criminal record starting right away,” Senior Magistrate Rickie Burnett asked Baptiste.

The youth said yes and the magistrate further asked him if he knew what the consequences of a criminal record were, and Baptiste also answered in the affirmative.

Burnett told the man that Horne was trying to prevent him from committing a crime, but Baptiste said that was “not really” the case.

For his crime, the magistrate bonded Baptiste for one year in the sum of EC$1,500.

If he breaches the bond, he would be called upon to pay the amount forthwith or spend six months in jail.

3 replies on “Recent graduate chalks up criminal record for wounding”