Woman steals wallet ‘like a serpent under a lily leaf’ 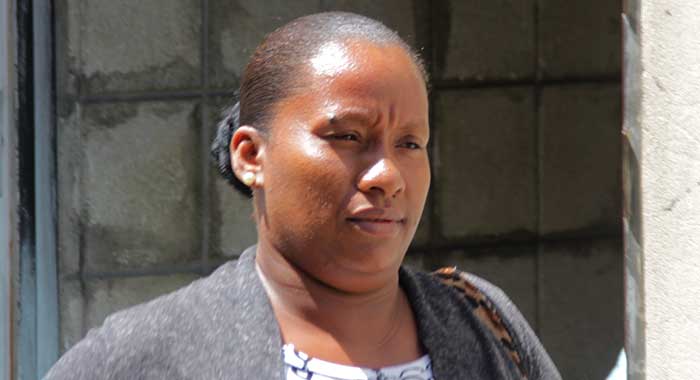 The prosecutor said that Maxine Baptiste “behaved like a serpent under a lily leaf”. (iWN photo)

A prosecutor, on Monday, borrowed the words of a former senior magistrate and said a businesswoman who stole a customer’s wallet had “behaved like a serpent under a lily leaf”.

Senior Prosecutor Adolphus Delplesche adopted the words of Errol Mounsey as he made representation on sentencing of Sandy Bay resident, Maxine Baptiste, 35, who was moments earlier found guilty of theft.

After hearing closing submissions from Delplesche and defence counsel Ronny Marks, Chief Magistrate Rechanne Browne found Baptiste, who is also an attendant at the Modern Medical and Diagnostic Centre, in Georgetown, guilty of the charge.

The Crown made out its case that Baptiste stole the wallet from Yard’s pocket while he was sleeping at her shop after a night out in Sandy Bay, where he also patronised her business.

In handing down her sentence, the chief magistrate said that the theft had serious consequences, resulting in great emotional distress to Yard, and involved a high level of inconvenience.

She said its execution took careful strategic planning that saw Baptiste waiting for a choice moment when Yard was asleep — after a night out — and, therefore, most vulnerable.

Browne said that while the court began with a starting point of a non-custodial penalty, it had noted the extreme inconvenience and emotional distress Yard had suffered.

The chief magistrate indicated that when dealing with crimes of dishonesty, the court likes compensation to be paid with the same speed with which complainants are deprived.

She, therefore, said that the court wanted the compensation in seconds.

However, after hearing from defence counsel Ronald “Ronny” Marks, who indicated that Baptiste had EC$1,200 with her, the court agreed to allow the woman a further 48 hours to pay the remainder, if she is to avoid jail time.

The chief magistrate ordered that the sums be paid forthwith, but her lawyer told the court that she had EC$1200 on her and asked for 48 hours to pay the remainder, to which the court agreed.

Picked after a night out

Lloyd, a Canadian resident who was born in St. Lucia, has visited St. Vincent and the Grenadines several times, the last time before this year being in 2004, when he came for a rugby match.

In his evidence, he said he went to Sandy Bay around 8 a.m. on Aug. 14 to visit some friends he had not seen in 20 years.

It was around 4 a.m. the following day when he visited Baptiste’s business place, Vicky’s Bar, where he remained until 5:30 a.m. to travel back to Kingstown.

At the bar, there were also two young ladies and three guys, Yard told the court, but added that Baptiste was the only person who sat next to him.

Yard said he had bought fries and wings at Baptiste’s business place and had paid with an EC$100 bill from his wallet, and put the wallet back into his pocket.

He said that Baptiste then started talking to him, asking him if he wanted her to come to Kingstown the following Monday to see him.

Yard, told the court, he declined, telling the woman that he did not know her.

He said he had asked Baptiste to charge his cell phone as he was waiting for a bus.

He said the woman then came back and was talking with him and he told her that he was tired and needed some rest and he put his head down for a bit on the table.

When Yard work up, he got a ride to Georgetown and the men made sure he got a bus. However, when he checked his pocket, his wallet was missing. He called a friend in Georgetown who took him to the Sandy Bay Police Station, where he filed a report.

The key witness for the crown was Kaleen Woods, of Magum Village, who told the court Baptiste kept watching Yard as he was resting.

Woods said that Baptiste then eased her hand into Yard’s pocket and removed his wallet and then went downstairs, where she lives.

Woods said she told her friend, Donna Baptiste, of Magum, what the defendant had done, but did not tell Yard.

She said she had seen the defendant sit in Yard’s lap earlier in the night, and she, therefore, said nothing because the two had been “sweet-sweet” all night.

PC 659 Damien London who investigated the matter also testified in the case, saying that he had executed a search warrant at the defendant’s home after receiving the theft report, but nothing illegal was found.

Baptiste took the stand in her defence and denied taking the wallet, saying that she had gone downstairs and sent her daughter to replace her because her baby, who is still breastfeeding, had awoken.

She also said she did not see where Yard took money from when he paid her or when she saw him patronising another business place that night.

In his closing submissions, Delplesche asked the court to consider why Baptiste would distance herself from seeing the complainant take money from his wallet.

Delplesche said that while Woods had a moral obligation to report the crime, there is no law compelling her to do so.

He said that in St. Vincent and the Grenadines it is the police who go to seek out witnesses as part of their investigation.

But Marks, in his submission said that of all the witnesses, only Woods claimed to have seen Baptiste do anything but serve drinks and food at her business place that night.

He noted that she did not give a report to the police until Aug. 23.

Marks said that for the police not to have Woods as a suspect is incompetence and that Yard’s wallet might have been recovered had a search been conducted at her house.

He submitted that one of two things happened: Woods took the wallet in collaboration with her friend, or she took it and blamed it on Baptiste.

The lawyer said the case was one person’s word against another.

However, the chief magistrate disagreed with the defence counsel, adding that the court was sure that the defendant is guilty.

In mitigation, Marks noted that Baptiste is employed at the Modern Medical and Diagnostics Centre at Georgetown.

He asked for a financial penalty and that Baptiste be given time to pay.

Delplesche, in his submission on sentencing, said that the complainant had asked for compensation and the Crown was not asking for a custodial sentence.

He said that the actions of Baptiste, a businesswoman, who is also otherwise employed, did not look good, adding, “She behaved like a serpent under a lily leaf.”