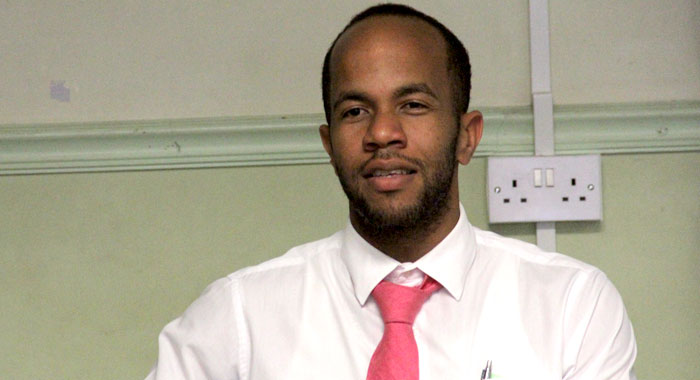 Minister of Health Senator Luke Browne, on Wednesday, said he had heard from principals and teachers “heart wrenching” stories about the impact of the dengue fever outbreak on students in St. Vincent and the Grenadines.

“I spoke to one of the doctors on the frontline of our national response to dengue at his home last evening. He told me that he had a difficult day, during which he had seen many cases, and that he was going to get some rest in case he had to be called out again during the night,” Browne said in a statement on Wednesday.

“I visited several schools where principals and teachers recounted to me stories about students who are affected. The stories were heart wrenching,” he said in the statement, which came one day after a Ministry of Health press briefing on the dengue outbreak, which the minister did not attend and at which no reason for his absence was given.

On Wednesday, Browne said that at the time of the briefing, he was making a presentation to students at a school.

Browne reiterated the facts that health officials presented at Tuesday’s press conference, namely that as at Sept. 21, the country had recorded 374 laboratory-confirmed cases of the illness.

“The Accident and Emergency Department of the Milton Cato Memorial Hospital has seen an increase in the demand for its services as a result of dengue. Fifty cases in all showed up at the Accident and Emergency Department in August 2020. And this compares with 167 cases, of which 37 were children and 59 admitted for the month of September so far  — as at the 20th of this month. Two dengue deaths have been recorded — a middle-aged female and a 9-year-old male.  We extend our condolences to the affected families,” the minister said.

Browne noted that the press conference had also provided information on the distribution of dengue cases across the country.

“And we saw that there is greatest prevalence among persons under 25 years old and in the Pembroke, Kingstown, and Georgetown health districts.”

He said that his ministry had raised an alert on the dengue outbreak in SVG as early as July when it noticed an uptick in cases.

“Since that time, we have been carrying out an intensified fogging programme throughout St. Vincent and the Grenadines, which has already served several communities and all our schools,” Browne said, adding that the Insect Vector Control Unit routinely publishes its fogging schedule for upcoming periods.

“On Sept. 9, 2020, Cabinet approved a $400,000 proposal by the Ministry of Health, Wellness and the Environment to carry out a project for the cleaning and clearing of rivers and streams with the objective of eliminating breeding sites for mosquitoes, and thereby curbing the incidence of dengue.”

The health minister said that on the same day, the government also approved 65,000 facemasks for students.

“Additionally, and again on the same day, Cabinet mandated the Ministry of Education to determine which drains and areas in the vicinity of schools need de-bushing and cleaning works to be carried out by the Ministry of Transport and Works.”

The minister noted that dengue is spread by the bite of the female Aedes aegypti mosquito and the illness usually causes high fever.

“The best strategy against it is to eliminate mosquito breeding sites. In order to deal with the surge in cases which are showing up at health facilities,” he said.

He reiterated that his ministry will employ an additional 10 doctors and six nurses, extend the opening hours at the Kingstown District Clinic up to 7 p.m. and adapt the isolation facility at Argyle to be used as a treatment facility for dengue patients who require hospitalisation.

“Moreover, we would continue with our health education programme and outreach activities, one-on-one communication with households and sessions at clinics, schools and elsewhere.

“The Insect Vector Control Unit is taking an integrated approach to reducing the incidence of dengue in the country. I already mentioned nationwide fogging; they are also using larvicide and placing particular types of fish in rivers, streams and drainage systems to prevent mosquito breeding in stagnant pools of water.”

He said he agrees with “the sentiment that insect vector control officers need to increase their patrols in communities”.

Browne said residents have to work together for the elimination of mosquito breeding sites.

“I heard Shamanti Labban of Insect Vector Control Unit offer an interesting slogan at the technical forum yesterday: Without a drop, the cycle will stop.”

The minister said that residents should not only be asking what the ministry is doing to stem the outbreak.

“The chief environmental health officer spoke to this point yesterday, when he said that you should inspect your living premises at least twice per week. Fogging is no standalone solution. May I remind you that we all have a role to play in eliminating mosquito breeding sites from around our homes and in our communities.”

He said persons could use insect repellents, noting the effective duration and insecticide treated bed nets.

The health minister noted that the Aedes aegypti mosquito bites during the day, adding that persons should also use bed nets if they sleep or rest during the day. Homeowners should use screens for doors and windows.

“We all have a role to play. We are beating the coronavirus pandemic, and we will now beat the outbreak of dengue fever together,” Browne said.