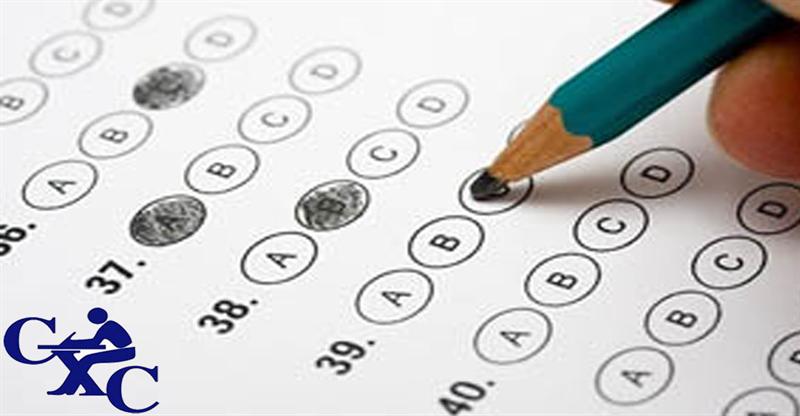 Philbert John, who is deputy principal at the Central Leeward Secondary School, expressed his concerns to Prime Minister Ralph Gonsalves on WE FM, on Sunday, five days after the release of the CSEC results this year resulted in uproar across the region.

Gonsalves, who returned to St. Vincent and the Grenadines on Thursday after a trip to the United States, said he learnt about the issue around midmorning Friday.

He said he was yet to be briefed on the development and was expecting a written and telephone briefing from education officials yesterday (Monday).

John told the prime minister:  “The anomalies are horrendous across the region, including St. Vincent and the Grenadines, including my own school and it will affect attendance at colleges and universities because the admission depends on the results.”

The educator noted that CXC, in a recent press conference, had claimed that they were taking the concerns on-board to be addressed in 2021.

“But we are saying the problems are immediate and must be addressed with some urgency. I get the sense that CXC has moved from a democracy to authoritarianism. They don’t look good at this stage, sir, and some of the concerns we had with the change in the form of the exam are now bearing fruit and we are hoping that our ministry will do the through investigation and report accordingly to CXC,” John said.

The examinations, which were postponed from the usual May-June because of the coronavirus pandemic, were held in July.

Ahead of the examination, the Caribbean Union of Teachers (CUT) had said it deeply concerned about the decision to hold the examinations anytime before September 2020, saying doing otherwise would have put the lives of thousands of students and teachers at risk.

The CUT had also noted that all the issues surrounding the administering of the examinations had not been addressed.

iWitness News understands that the “anomalies” seen in the results include several instances where students were “ungraded”, suggesting that they had not done a component of the exam, which was not the case.

In light of the on-going development, the Ministry of Education in Kingstown has not released any preliminary results.

“The Caribbean Examination Council is currently engaged in reviewing the results in specific subject disciplines. Consequently a more detailed report on students’ performances will be communicated on completion of this review,” the ministry said in a terse statement on Wednesday.

The statement said that this year, 2,425 candidates from SVG were registered for the CSEC examinations.

The number of students registered for the CAPE examinations was 572.

Of this number, 37 were private candidates and 535 were candidates of the St. Vincent and the Grenadines Community College.

However, one educator told iWitness News that CSEC examinations are generally comprised of three papers.

Paper 1 is, generally, a multiple choice examination, Paper 2, is made up of writing essays, and Paper 3 is a school-based assessment.

However, in many subject areas, Paper 2 was eliminated from the examination.

The educator told iWitness News that in one school, a “top student” received “ungraded” for English language, a subject in which they were expected to do very well.

And while the student passed chemistry and biology and other subject, they would be denied a place at the SVGCC in the absence of a pass in English language.

The educator said that in other subject areas, such as social studies, students who are brilliant writers and would have aced their essay papers, did not get a chance to shine.

For instance, in the case of English language, the examination seeks to measure a student’s understanding and expression.

“Multiple choice cannot measure expression. Without Paper 2, how can you give student a grade for expression,” the educator reasoned.

“CXC used COVID-19 as an excuse to change the format of the examination. They should have just waited until an appropriate time to administer the examination,” the educator said.

Meanwhile, in his comments on radio on Sunday, Gonsalves said his view is that, as a matter of process, first, the anomalies that are clear and systemic should be properly documented and provided to CXC.

“Those individual students who, as a consequence of either something systemic or something done by inadvertence of negligence, their individual complains must be made for their results to the reviewed.”

It was pointed out to the prime minister that there is a fee attached to this.

“Yes. That’s alright. That’s ok. We are not an NGO. The government is not an NGO. We can deal with those things.

“But we have to make sure that when we are proceeding on the general, more systemic issues. And the more individual ones, per student, we must proceed in a fact-based manner so that we do not end up with having an examination system, which goes into disrepute. And all through the chain, we have to make sure there are proper checks and reviews and monitoring, like, for instance, with SBAs, which is a significant area in which there are challenges of all kinds.”

John told the prime minister that the most of the anomalies seem to be related to the SBAs.

“We have cases where the SBA have been submitted but students come back with ‘ungraded’, suggesting it was not submitted and that is holding up some people’s application to college,” the educator told the prime minister.

“That is what I mean. Specific data like that.”

Gonsalves said it is good that the region has CXC.

“And we have to do everything we have to strengthen it and the integrity of results because the results are accepted far and wide… But, form time to time, however, regional institution may become, with the general point you make, a victim of something written about from the 1950s by a political sociologist from France, Roberto Michels, who said that whoever says organisation, says oligarchy, that is not so much that it develops into something authoritarian but it become oligarchic and professional classes have a tendency to become oligarchic that what they are dealing with is a species of science and data so esoteric that only the particular initiated can understand.”

“That is the problem.”

And, on Monday, CXC Chairman, Professor Sir Hilary Beckles, issued a statement saying concerns raised in the public domain with respect to the efficacy of procedures and systems used by the CXC in its computation and declaration of student performance data are of “great importance to the organisation”.

Beckles said that CXC registrar, Wayne Wesley, and his team had met with regional ministers of education in order to discuss these concerns and identify the underlying causes “with a view to moving forward and providing clarity to our stakeholders and enhanced support”.

Beckles said CXC was satisfied that the ministers of education have received explanations for its positions in light of the public discourse.

“It is understood that while there might be policy and technical issues to be addressed immediately, the maintenance of public trust going forward is paramount,” Beckles said.

“There will be ongoing dialogue with regional Ministries of Education based upon the official gathering of data relevant to all ventilated concerns. Each and every formally reported case will be reviewed and where remedies are required they will be applied.”

He said that the management at CXC has been “impressive in the delivery of the July 2020 regional examinations within the context of the COVID-19 logistics nightmare, and crippling global doubt about revised examinations systems and procedures. I commend the team at CXC for their effort to serve the best they can – the people of our region.

“Nonetheless, it was anticipated that given these specific challenges a period of review and possible revisions would follow, consistent with the regulations of the Council. It has been agreed, therefore, that an independent review team will shortly begin this work and present a report for discussion with relevant stakeholders.”