Situation in Canouan belies its contribution to economy — MP 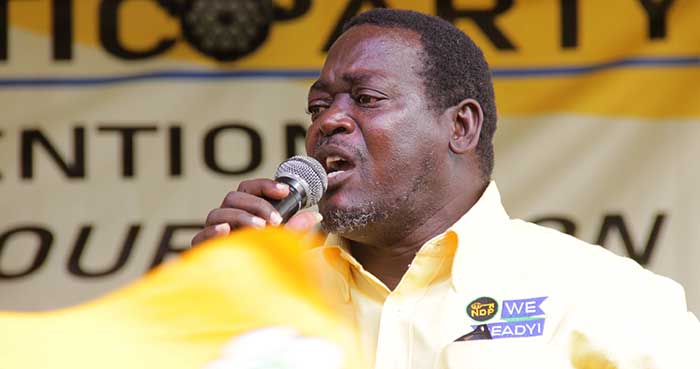 The state of public infrastructure in Canouan does not reflect the amount of revenue it generates for the government of St. Vincent and the Grenadines, the island’s parliamentary representative has told islanders.

“If you care about people, you will treat them better than that… Sometimes Canouan people don’t even know when you come. You come in; yo’ wind up your air-conditioned vehicle and your glass, yo’ go and yo collect and then yo pass out.  And we are left to suffer. All the revenue that’s collected here, how much of it is spent here?” Parliamentary Representative for the Southern Grenadines, Terrance Ollivierre said on Thursday.

He told a New Democratic Party (NDP) public meeting that the government has “sold all the lands” on the island, where the local community is sandwich between tourism developments on the north and south, which have consumed two-thirds of the island.

“So you come here and you rape our island of all the resources and all the money and you go.”

He said that in Canouan, the young people are sitting on the blocks, unable to find work.

“But there are people coming from all over the world and are gainfully employed. Why? Because you have not catered to the needs of the young people on this island. We have no trade school, none whatsoever. And the people can learn so much and do many things, if you have the skills necessary.”

Ollivierre said that the NDP plans to implement a skills training programme in the secondary school.

“And it is linked to on-the-job training… While still at this school, you may be stationed, have job training at the north, at the marina, when you leave, they know your capabilities.

“Ah wouldn’t have to look all over the world to find somebody because you have been trained to do the job because you have the skill, right here in Canouan to get jobs, jobs, and more jobs.”

The said that the island’s youth are “disoriented”.

“And sometimes you can’t blame them. And I want to say to you young people, it’s not the NDP that fail you; it’s the ULP government who have failed. If you want things to be better, when next you hear the New Democratic Party is having a youth meeting, you better flock there in droves and say we are ready to take charge of our destiny and we are going to vote for the New Democratic Party.”

Ollivierre said that the NDP cares about the nation’s youth.

“The ULP, they have created a job crisis… When you listen to the unemployment figure that was given by the IMF, International Monetary Fund, and they are saying to you, St. Vincent and the Grenadines youth unemployment stands at 46%; you know what that means? …

“Half of the young people who graduated from secondary school in St. Vincent and the Grenadines they are not going to find a job because of poor administration of the ULP government.”

He said that the NDP, under the leadership of Northern Grenadines MP Godwin Friday, and with the support of its vice presidents, Central Kingstown and North Leeward MPs St. Clair Leacock, and Roland “Patel” Matthews,  “has a plan and we are ready to work for you.

“And they haven’t done anything for your betterment. I cannot see how anybody in Canouan would really and seriously go to the polls and put an X next to any star whatsoever…” he said, referring to the ULP’s symbol.

Ollivierre said that some persons do not understand how government functions.

“… we, the opposition, don’t go the Cabinet. Cabinet is where the money is spent. They decide who, where and what they spending the money on; opposition not involved in that. We don’t have taxpayers’ money. When you pay your tax, the government collects all the money, they are the ones responsible for spending it, not the opposition,” he explained.