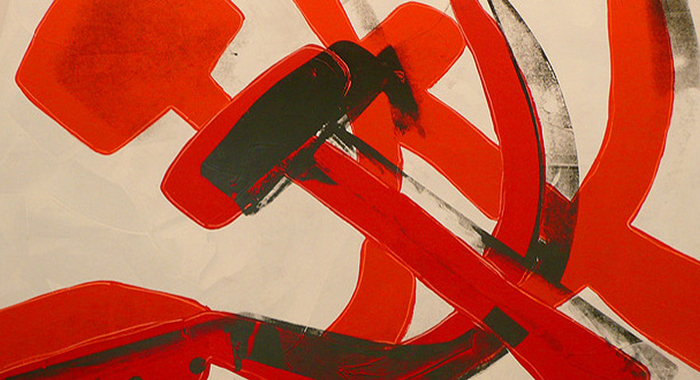 Indeed one must repeat an observational fact that Ralph Gonsalves, the self-styled Comrade, had recently taken to quoting the Bible in support of what is perceived as his socialist/communist ideology.

But may one remind the Comrade, that Christianity could never ever be in the same ballpark as communism or socialism.

This is so, for the very reason, that they represent totally differing and opposing moral authorities as the Russian experience had shown.

For sure, that fact is something all socialist/communist adherents know only too well, and this for the very reason that socialists/communists see the adhered to ideology as the highest and only moral authority there is. That is why founder of their socialist/communist ideology, Karl Marks, had this to say of religion: “Religion is the opium of the people”.

That the avowed, adhered to ideology is the only moral authority, makes it as rather disingenuous of the Comrade to be forever quoting Biblical verses while seeking to justify his purported socialist/communist actions in his family- and ULP-run government rule over SVG.

Ralph Gonsalves quotes the Bible in the hope of, no doubt, gaining acceptability for his questionable actions among Vincentian Christians — Christians who may not fully understand their Christian doctrines.

The reality is, that the God given religion, Christianity and socialist/communist ideology are truly poles apart from one another, and never the twain can meet.

As per the “The Ten Commandments” (Exodus 20:1-17), God, in his Wisdom, saw it fit, to give us Christianity and not Socialism.

In my opinion, Ralph Gonsalves is a tyrant who is calling himself the Comrade and will have a very hard job indeed in squeezing Christianity into this socialist/communist mould for indeed socialism/communism is clearly incompatible with declared and acceptable Christianity.

Thus one may well ask:

Was the Comrade elected to reorder God’s world? Can God not do that for himself? Is God so impotent that he needed the Comrade to take away from the Murray family their land and to redistribute the same as the Comrade sees fit?

Indeed, what was the Murray’s land, surely belonged to the Murray family, and was theirs to use, keep and to do with as they alone saw fitting under God’s law!

The Psalmist tells us “Delight yourself also in the Lord, And He shall give you the desires of your heart.” Psalm 37:4 NKJV. What God gives each person is that person’s own. And his to keep and do with as he so pleases.

God says: “Bring all the tithes into the storehouse, That there may be food in My house, And try Me now in this,” Says the Lord of hosts, “If I will not open for you the windows of heaven And pour out for you such blessing That there will not be room enough to receive it.”) Malachi 3:10 NKJV.

Christianity says what is yours is yours but the socialist/communist ideology says otherwise.

Therefore, we can see why the tyrannical tyrants calling themselves and others “comrade”, set themselves up in the place of God and His Laws, as they seek to control both our lives and property and also why they really hate true Christianity, the real alternative to their Marxist ideology.

Can this comrade continue to fool Vincentians by quoting the Bible?

And here is another thing that we are advised to do with what is ours:

Honour the Lord with your possessions, And with the first fruits of all your increase (Proverbs 3:9 NKJV), since it is God who provides accordingly and not the Comrade or any other tyrant.

“Now may He who supplies seed to the sower, and bread for food, supply and multiply the seed you have sown and increase the fruits of your righteousness. — 2 Corinthians 9:10 NKJV

3 replies on “Socialism versus Christianity”