Poverty up 15% in Marriaqua — Cummings 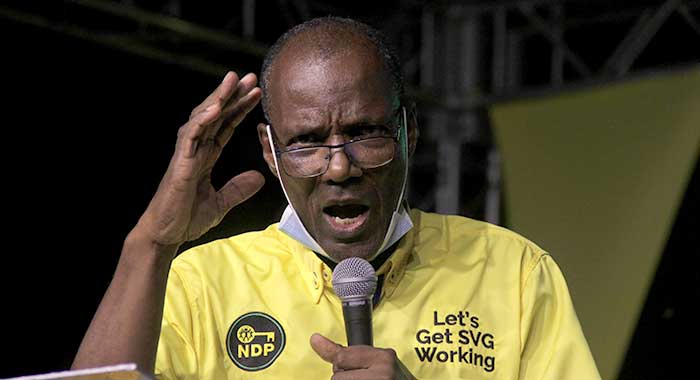 Incumbent parliamentary representative for West Kingstown, Daniel Cummings, on Monday, painted a bleak picture of the living standards in Marriaqua when he quoted what he said are the poverty statistics.

Cummings has once again taken government to task for their failure to release the latest figures from the Poverty Assessment Report, which was supposed to be made public since last year.

Cummings shared data at a New Democratic Party (NDP) meeting, saying that almost half of the persons in that constituency — known as the “breadbasket of St. Vincent” — were living below the poverty line.

St. Clair “Jimmy” Prince is the incumbent representative, having been elected to office in 2015.

He and the NDP’s Bernard Wyllie will contest the election in that district on Nov. 5.

At the NDP meeting, Cummings also repeated data from North Windward, saying the data show that the level of poverty had jumped from 55.6% to 65% in the decade ending 2018.

Cummings gave the Ralph Gonsalves administration a final warning on Monday night to release the full report, after having threatened, repeated since September to release the report if the government fails to do so.

He accused the government of intentionally withholding the information for fear that it will paint them in a bad light.

The government has not refuted the number that Cummings has cited, with the prime minister saying at the weekend only that poverty had fallen under his administration.

“I say to the man that illegally occupying the seat of prime minister, tonight is the last time I telling you. Give the people the full Poverty Assessment Report, otherwise I will make you cry. “Is our money you take to do it and no matter how it make you look shame, no matter how it make you look bad, tell the people what the state of poverty is in this country,” said Cummings, who is seeking a third five-year term in office.