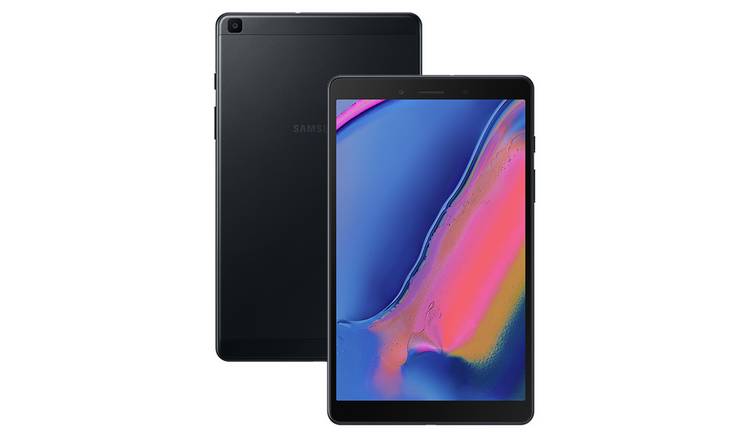 An internet photos of a Samsung tablet that is not necessarily the same as what the government has purchased.

There was “breaking news” at the Independence Parade today (Tuesday) as Prime Minister Ralph Gonsalves announced that close to 15,000 eight-inch Samsung tablet computers for students will arrive in the country on Wednesday.

Gonsalves said that the devices would arrive on Amerijet and are those that he had announced in Parliament as part of the COVID-19 response package to assist with online teaching and learning.

The prime minister said the government already has 3,000 of these tablets in stock.

“On Thursday, we intend to begin the distribution of the 3,000 in stock. And then on Monday, hopefully, the teachers and the Ministry of Education but also distribute the others,” he said.

“All students at the Community College, all students at secondary school, all students in the CPEA class in the primary school will receive one each of them, for their own use, a gift of an eight-inch Samsung device — the tablet — to assist them in their learning. The teachers will also get,” Gonsalves said to applause.

He said that the government has ordered generic tablet device for students in grade 5 and below.

“Those would be delivered as they arrive at a later date,” he said.

The prime minister also said that the Ministry of Education had recommended 58 students for consideration to be awarded national scholarships, national exhibitions and bursaries arising from the recent CAPE an associate degree examinations.

“This is the highest number, exceeding last year’s historic number of 50,” he said, adding that he had advised the Cabinet Secretary to accept the recommendations of the Ministry of Education.

“Our government will continue to have our students soar like eagles with their wings unclipped.”

The prime minister also said that of the students who recently received their results from the CSEC, CAPE and associate degree examination, 1,047 students — 630 at CSEC, 210 at CAPE and 270 at the associate degree level — have achieved the required standard to be paid the EC$500 initiative that his government introduced many years ago.

“There is also a group of 53 students awaiting reviews of the examination results who may become eligible to receive this annual incentive payment. The cost of this package is approximately $550,000,” Gonsalves said, adding that he had already directed the public servants to make the payments soonest.

SVG is celebrating 41 years of independence from Britain, eight days before voters go to the polls, on Nov. 5, to elect a new government.

The Gonsalves-led Unity Labour Party is seeking a fifth consecutive five-year term in office and faces a strong challenge from the main opposition New Democratic Party.