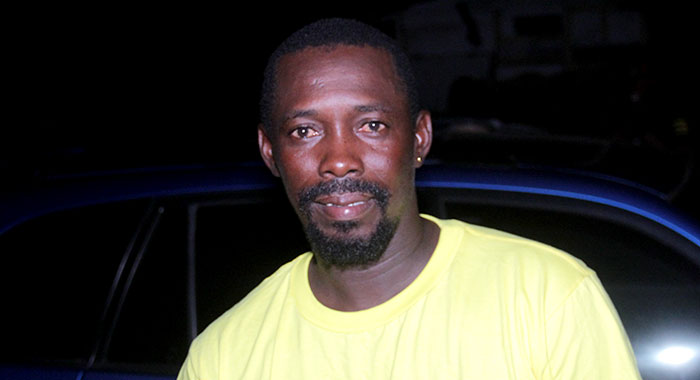 The head of the National Fisher Folk Organisation is expressing concern about the safety of the nation’s fisher folk at sea after two fishermen were robbed at gunpoint, last Thursday, by 10 Spanish-speaking bandits.

“It is a very serious concern for the fisher folk in St. Vincent and the Grenadines. It’s very shocking that this is the first time that it ever occurred that our fishers have been robbed at sea,” Winsbert Harry told iWitness News.

The fishermen, Canold Miller, 38, of Barrouallie, and his captain, Cliff Young, aka “Fella” of Clare Valley, told iWitness News that the incident occurred about 65 miles northeast of Kingstown.

They said that the pirates, who threatened to take them back to Venezuela and demand a ransom for their release, took their money, fishing equipment, emergency supply of food and water, GPS device and part of their catch before releasing them.

Harry told iWitness News that he, too, is a fisherman and could have fallen victim to the same crime.

He said the development also raises questions about what might have happened to two fishermen who have not been heard from since they left Rose Place, Kingstown, for Union Island in June on a day when the weather was fair and the seas calm.

“… we have our fishers who leave our loved ones back home and go to sea to provide for our family and put our lives are at risk and here were have Venezuelans poaching our waters now and robbing our fisherfolk at sea…” Harry told iWitness News.

“This is something that the authorities have to look into and for the longest while, the fishing industry has been neglected by the authorities and there is no effort in terms of providing any assistance at all for our fisherfolk and where we have fisherfolk are going to sea and being robbed.”

He said that the fishers who are based at Rose Place set out to sea as early as 2 a.m., and return around 5 p.m. with their catch to make sure that the nation has fish.

“And now, the fisherfolk in Rose Place are very scared because of this Venezuela boats that they are complaining about who are robbing and taking away your gas, your  food stuff and sticking you up at gunpoint. This is really not nice for the fishing industry right now.”

On May 30, two fishermen, Mickel Quashie of Magum, and one Blanco of Buccament Bay, left Buccament Bay at 10 a.m. on board a 14-foot boat to go fishing off Canouan. They reported engine problems off Bequia and have not been seen since.

Harry said that the piracy last week could offer some explanation as what might have really happened to the fishermen.

“If we have fisherman who are missing and we have fishermen now whose lives have been spared who could come ashore and tell the story of what took place… it is possible that they could’ve been robbed and killed too.”

He said that there was no bad weather in the area when they men went missing.

“The water was flat and calm and they were going to Union Island and up to now you can’t find them.

“The water was nice on Thursday and here these fishermen coming and crying and reporting that they were robbed.”

Harry said that the Coast Guard and fisheries authorities were not taking the situation seriously “because if you have fishers coming and reporting to the authorities and they are not putting a news bulletin, a news release and making other fishers aware of what’s taking place, it is not nice to the industry.

“… It’s too long the fisherfolk in St. Vincent and the Grenadines been suffering. We have Coast Guard now and they’re not patrolling in the way we [think] that they should patrol.”

Harry said he had heard reports about similar robberies in St. Lucian waters.

“The authorities need to pay special attention because we can’t have our fisher folk going out to sea with fright. Because, right now, ah lot ah boat was planning to go fishing tomorrow and now they calling off their trip because they ain’t know what really happening and I think it needs to be spread nationwide that piracy is now happening in St. Vincent waters…and fishers are losing their lives and losing their equipment,” he told iWitness News.