Statistics & politics — Do numbers lie or do politicians mislead? 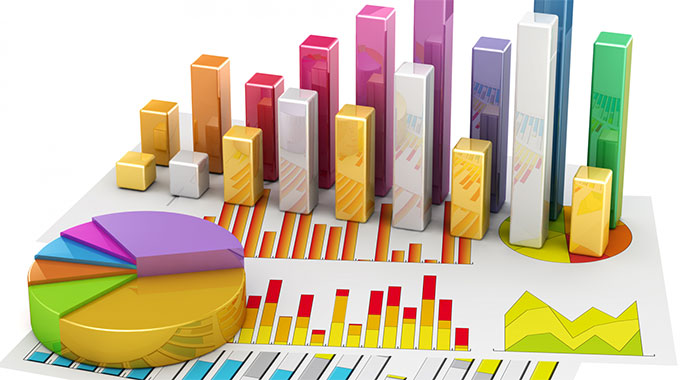 Candid Conversations with a Vincy

By A Candid Observer

This particular segment dealing with statistics was derived from listening to the Prime Minister of SVG (Dr. Ralph Gonsalves) speak on the show “Round Table Talk” with host Ms. Theresa Daniel, episode 37 and also at the public swearing in of the Ministers and Senators in Heritage Square.

Below are the relevant links for one’s attention:

Round Table Talk — EP39. Plans for the new term

When I listened to the PM speak; various things stood out. However; what I found most interesting and intriguing was the level of statistical sophistry by our Prime Minister (PM). He used accurate figures but in an isolated manner, with the likely intent to embolden his supporters; and maybe himself. It seems somewhat paradoxical that a figure can be both accurate and misleading but that is the nature of figures and statistics (collection and analysis of figures). He also made a mystifying claim that more than 3,000 ULP supporters stayed away from the polls; without reference to any political census to back up such a claim. These statistical utterances, by our PM, are the genesis for this article.

First and foremost, the ULP won the elections based on our First Past the Post voting system. Seats win the election. Case closed, problem solved, matter-fixed! There maybe a case for a change to proportional representation or a hybrid of sorts but that is not the scope of today’s piece. I would like to take a comparative look at the statistics of 2015 versus 2020; then I would make some deductions that would NOT be inaccurate or misleading.

For the 2020 figures, I sourced the information from the user friendly Electoral Office website.

Tables will be created to aid understanding and to highlight the importance of comparative analysis.

Some terms will also be abbreviated in order to reduce the potentially cumbersome look the table may take on if the terms are not shortened. They are as follows:

What can we deduce from this first table?

So, we have a similar number of votes being cast in 2020 as in 2015. The next question is, how were those votes cast? What can we see or identify between the 2015 and 2020 elections? What jumps out? Table 2 and it’s deductions will answer those questions.

The rhetoric being circulated that 3,000 – 5,000 supporters (of any 1 party) did not vote cannot be currently verified or satisfied unless an impartial and accredited poll was conducted. The only way to know who stayed home is for a political census to be done and to find out who they would have voted for; NOT WHO THEY VOTED FOR BEFORE. This is important as persons like Audrey Gilkes, Ernesto Cooke, Frank Da Silva, Kirk DaSilva and Minerva Glasgow can testify, as living witnesses, to party swapping/hopping (which is not wrong once reasons are not selfish, but that is a subjective issue).

Votes fluctuate as can be seen when there is a change or precursor to change in Government. Other than a political census, the claim that 3000 – 5000 supporters of any 1 party stayed home is just reasoned rhetoric to appease supporters of one’s party.  If total votes cast were almost identical between 2015 and 2020; how can anyone know that 3,000 – 5,000 of their supporters did not show up? This is mere political rhetoric without statistics to support such an assertion.

So, what about the fact that the ULP has almost 2000 mainland support compared to the NDP? Let us look at the penultimate table (Table 3) and see what deductions we can arrive at.

This is as a result of a decrease in popular support for the ULP and an increase for the NDP. Figures without historical context only represent part of a portrait. It does not paint a total picture. It is akin to eating roasted breadfruit without jackfish. The breadfruit by itself is nice and good; but it is not as tasty, complete and filling without the jackfish. They compliment each other. Current figures coupled with historical figures paint a more ideal and better picture of the political environment and swing.

If the ULP does not re-capture or gain new supporters, it will be very difficult for them to hold onto the reigns of power. The NDP on the other hand must not be complacent, as the PM is a political savant who would not allow his ship to sink without availing himself of every option to save it. The Government needs to work harder to hear the cries of the people and meet them (Carlos James and Curtis King have already started); while the opposition must continue to highlight the Government’s inefficiencies, give credit where it is due and hear the cries of the people with a promise to meet them; if elected into power.

The statistics of this elections clearly shows a swing to the NDP and a swing away from the ULP. However, the ULP had so much reserves in the bank that a significant loss in profits could not derail the entity, this time. Will this political entity still be afloat come 2025, will they re-brand their campaign strategy and re-take what was siphoned off? Only time will tell and remember numbers don’t lie, but politicians can use statistical sophistry to mislead the general populace – especially their own supporters.

Stay tuned for politics and the Public Service Union; and Inclusiveness and the Unity Labour Party – Is it a Myth?