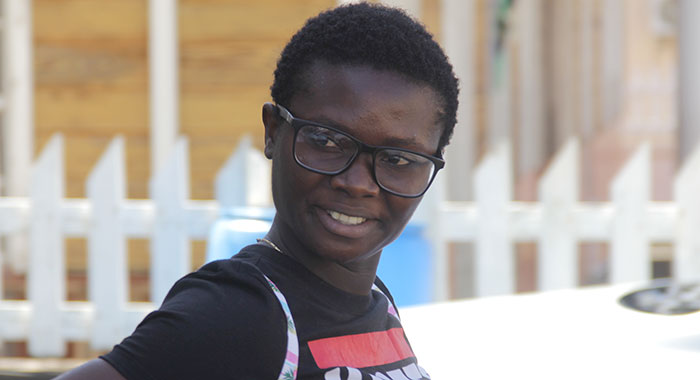 The trial continues today at the Kingstown Magistrate’s Court of a woman charged that she breached quarantine.

The trial has provided some brow-raising insights into communications and oversight as it relates to persons under COVID-19 quarantine in St. Vincent and the Grenadines.

Jeyandra Jackson, 24, of Long Piece, Lowmans Windward, is being tried on a charge that on Oct. 27, she contravened an order made by Dr. Roger Duncan, health officer, under section 27(a) of the Public Health Act, requiring her to quarantine herself from other persons.

However, with most of the main witnesses having testified in the case, the Crown is yet to produce any evidence that the woman was served with a court order to quarantine herself from others, as the prosecution is alleging.

Further, the last message that the woman received when she was allowed to leave her in-hotel quarantine, was from the receptionist, saying that a nurse had messaged to say that Jackson was COVID-19 negative, and could go home.

Clarke, a staff nurse, had told the court one week earlier that she was on duty at the Argyle International Airport on Oct. 22, when Jackson arrived aboard an Air Canada flight from Canada.

The prosecution had tendered into evidence a court order, which did not have Jackson’s name inserted in it.

Last week, Bruce asked, if, based on the exhibit, the court order was directed at Jackson.

Clarke said that was the case when she inserted Jackson’s name and gave it to her.

But Jackson, who had initially pleaded guilty to the charge but changed her plea after hearing the facts, has maintained that no court order was given to her.

Bruce, noting he entered the matter after the trial began, asked the court if there was another exhibit tendered by the Crown with Jackson’s name inserted.

Senior Magistrate, Rickie Burnett, said that the exhibit was the first one tendered by the Crown.

Clarke told the court that the court order is not done in duplicate form and the only one is the one that is given to the passenger who is ordered to be quarantined.

Bruce asked the nurse if she was seriously saying that the head of the Ministry of Health does not keep a copy of the court order.

Clarke said this is what she was saying.

The defence lawyer commented that the trial was “to fill gaps”.

Bruce asked the nurse if she agreed that the state had no proof that it gave a court order to Jackson.

“I have no proof, but it is routine,” the senior nurse replied.

Bruce repeated the question and the prosecutor, Crown Counsel Shakelle Bobb, told the court that the witness had already answered the questions.

The defence counsel then said he had no further question for the witness, and Bobb declined re-examination.