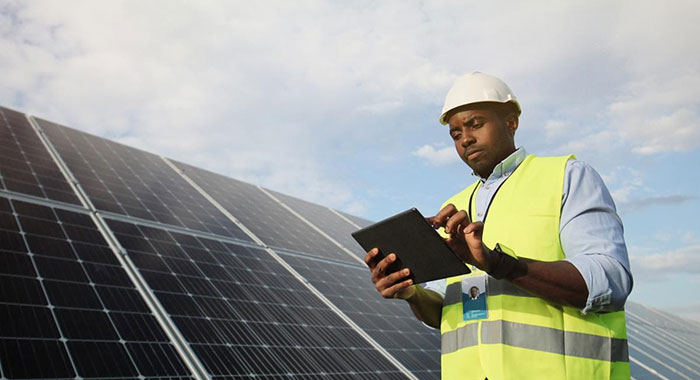 The Caribbean Development Bank is supporting St. Vincent and the Grenadines’ push to expand and increase its range of renewable energy options through a planned solar energy project.

This month, the bank’s board of directors approved financing of US$8.6 million to St. Vincent Electricity Services Ltd (VINLEC) for the supply and installation of solar photovoltaic (PV) systems at buildings owned by VINLEC in the vicinity of the Argyle International Airport.

The funding will also cover the establishment of a battery energy storage system (BESS) to be installed at the Cane Hall sub-station. The solar PV systems will displace some of the diesel fuel used for electricity generation. The BESS is expected to optimise the operation of the solar systems and also improve the energy efficiency of VINLEC’s system by providing spinning reserve thereby reducing the diesel fuel used by the generators for this purpose.

The project is in line with the National Energy Policy (NEP) of the government of SVG, which speaks to increasing use of renewable energy technologies and has set a target of 60% of electricity generated from RE sources.

This is aligned with CDB’s own strategic objective of promoting renewable energy and energy efficiency in its borrowing member countries (BMCs) as priority areas of support for the Bank.

It’s also linked to the bank’s cross-cutting focus on energy security and these factors, CDB Head of Renewable Energy and Energy Efficiency Unit, Joseph Williams, noted, made the project an excellent prospect for the Bank’s support.

“CDB is committed to supporting the sustainable energy transition in the Caribbean. For us it is essential to the Region’s future, which is why the Bank has been actively seeking to provide the appropriate financing to stimulate investment in RE and EE projects in our BMCs,” stated Williams.

US$5.45 million of the financing will be a loan, of which US$2.03 million will be drawn from resources provided by the European Investment Bank (EIB) under the Second Climate Action Line of Credit (EIB-CALC II).

The total cost of the project is estimated at US$10.2 million with the government of AVG contributing the remaining US$1.5 million.