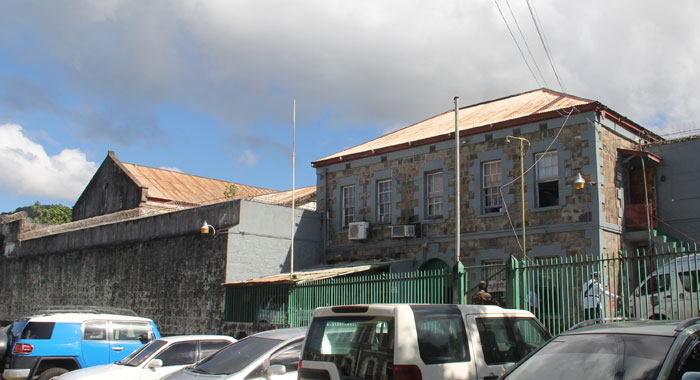 The axe may soon fall for other prison officers, following the departure of Superintendent of Prisons, Brenton Charles, from the post in the wake of the escape from Her Majesty’s Prison of two accused murderers.

Speaking on NBC Radio, on Wednesday, Prime Minister Ralph Gonsalves hinted that a major shakeup is coming to Her Majesty’s Prison (HMP) after accused murderers Veron Primus and Ulric Hanson escaped from the Kingstown penitentiary on Dec. 9 and were recaptured one day later.

It is the second time that Primus has escaped from the prison in just over a year.

“There are going to be more changes. We can’t accept that the systems are such that a person who is in for the kinds of crime that he is in for, albeit he is awaiting trial, the allegations are so serious that we ought not to have had one, much less two escapes,” said Gonsalves, who is also Minister of National Security.

Gonsalves said that the Public Service Commission had accepted Charles’ request for early retirement and that he would receive his full pension.

“Of course the listeners are saying, ‘It can’t be the Superintendent alone’. But you know me, I have a patience and a calm and I do things in my time,” the prime minister said.

“The old people have a saying, ‘Tek time to run fast’ and in a matter like this, I would take time to run fast. The people of this country know me and I don’t have to give an explanatory note for what I am saying.”

Gonsalves said he has heard the murmurings from the people of St. Vincent and the Grenadines. He said he believed that action must be taken against those responsible for the lapse in security at the facility.

He said he had made “preliminary conclusions” in the hours he spent visiting the prison last week and there may be a commission of inquiry to properly investigate the breakout.

The prime minister put the jailbreak in the context of the outcome of the Nov. 5 general elections.

In the poll, Gonsalves’ Unity Labour Party was returned to office for a fifth consecutive term in office, but lost the popular vote for the first time since 1998.

“The people are less than satisfied with the extent and quality of goods and services offered and provided by the government … they feel that more should be done and what is being done more importantly should be done on a more timely basis,” Gonsalves said of the election outcome.

“That speaks to governance and a greater effort by public servants and persons in public enterprises, to take their responsibilities more seriously. I would take responsibility but I am not going to take blame for you not doing your duty or your work properly.

“If I don’t do something about it, then they will punish me and the ULP at the polls. It is only right and proper that I be responsive and be responsible. I have given this matter a great deal of thought … so that if there is a prison breakout, the superintendent has to answer the question, ‘Do you think your position is reasonably tenable if there is a breakout twice in one year of a particular prisoner?’ That answer surely cannot be that it is reasonably tenable that you remain. The Superintendent very wisely applied for early retirement and that request had my full support.”

Police apprehended Primus and Hanson on Dec. 10 at a rented apartment in the area of Lowmans Leeward, just over 24 hours after his escape became public. Hanson sustained a gunshot wound during the recapture.

Hanson was serving a sentence for inducing prohibited articles into Her Majesty’s Prison, namely one black Alcatel cellular phone and charger.

He is charged with the 2018 murder of Rodney George, a 50-year-old security guard, of Victoria Village, whose body was found with its throat slit on Sept. 1, 2018.

Hanson and co-accused, Glenville Harry, of Vermont, and Jerome Ollivierre, of Mayreau, are also charged with entering the GEC Auto Supplies at Arnos Vale between Aug. 31 and Sept. 1, 2018, as trespassers, and stealing EC$2,074 in cash, the property of Gevandean Wilson, owner of the business.

Primus escaped prison in September 2019 while on remand for the murder charge and was sentenced to 16 months in prison for the escape.

He was also indicted in the United States in connection with the 2006 murder, in New York, of 16-year-old Chanel Petro-Nixon

Primus was also been charged with kidnapping, two counts of rape and two counts of buggery of Mewannah Hadaway after he allegedly kept her against her will at a house in Vermont, from Jan. 1 to April 15, 2016.

However, the charges were withdrawn after the complainant migrated and was unable to testify in the 2017 preliminary inquiry.

Gonsalves said based on the serious nature of the crimes Primus has been charged with and the fact that he managed to escape lawful custody twice in just over a year, a change in leadership was expected and further changes are on the cards.

Superintendent of Police, Timothy Hazelwood has been installed as prison chief and is being assisted by Inspector of Police Dwayne Bailey.

PM Gonsalves also said the ULP government has gone to great lengths to address issues affecting HMP but it appears as though it still has not achieved the desired result.

He said that when he came to office in March 2001, the then police chief had identified the situation at the prison, where there had been sustained unrest, as the most important national security threat.

“We set about to sort that out, brought in experts, had training, the salaries of prison officers were increased, we built a new prison- a correctional facility at Belle Isle, we brought in new leadership and it served very well at the time. It had not sustained the quality that we required,” he said.