Some questions on La Soufriere and COVID 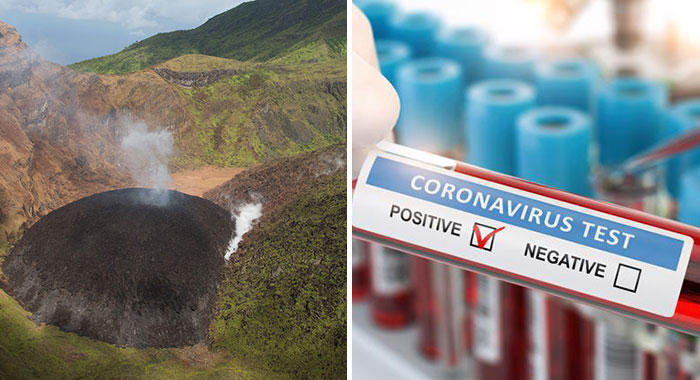 Recently, folks were messing about around Kick ’em Jenny. Correct if I’m wrong and there apparently was some volcanic action at the time at Kick ’em Jenny and people close to Grenada were put on the alert, etc.

Fast forward to a more recent time, the drilling with the aim of accessing geothermal energy in North Windward, St. Vincent.

Question: Could something have been disturbed causing a knock-on/chain reaction type effect from Kick ’em Jenny and La Soufriere, given their close proximity?

Is/are or could the drilling at Bamboo Range, on the slopes of La Soufriere have triggered a chain reaction? Did those who were drilling for geothermal energy, suddenly realize something and quickly pulled up stakes and blow town before anyone linked/suspected or asked questions?

It’s said this volcano started acting up around October time but an election was imminent.

I can recall more than a year ago there was talk about La Soufriere acting up.

Are the authorities aware of something they might be keeping secret?

Now, about COVID-19 in St. Vincent and the Grenadines…

When you see people with no travel history turning up positive and a 300% increase in cases over a seven-day period, some questions come to mind.

Question 1: Why wasn’t a curfew implemented immediately? Why was a complete ban on all gatherings not implemented?

Question 2: You have these new farcical regulations now on the mini-buses, etc. How vigilant are the authorities at enforcing whatever restrictions/regulations there are?

Question 3: Can proper contact tracing be at all possible with people still freely moving about?

If this COVID-19 situation were handled/managed properly in the first place, would we be where we are today? Would the situation be still escalating as it is now? For example, there has been approximately a 300+% increase in cases within a seven-day period. Does that make sense? Is SVG now considered a HIGH RISK Country?

Now, the people who should be frontline decision makers are, for all intent and purpose, somewhat out of commission.

4 replies on “Some questions on La Soufriere and COVID”