SVG tourism could expect ‘an uptick by 2023’ 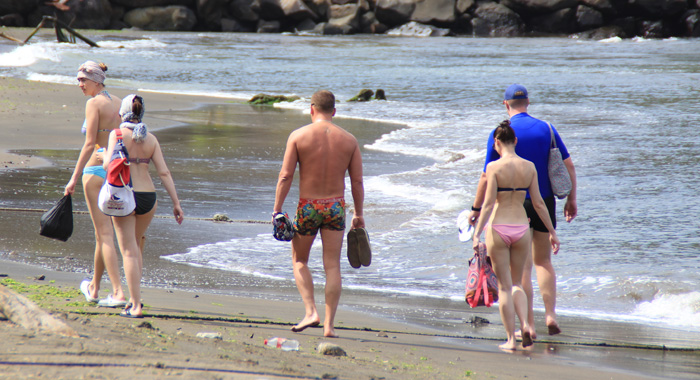 Tourism in St. Vincent and the Grenadines could expect “an uptick by 2023” amidst the COVID-19 pandemic, barring “all of the other external factors that will contribute to a further decline within the industry”.

Minister of Tourism, Carlos James, said during the Budget Debate, on Wednesday, that the results of previous exogenous shocks on the tourism industry suggest that, on average, the Eastern Caribbean will see some level of recovery within six quarters.

“That’s roughly 18 months. And this is barring any unforeseen circumstances,” he said, noting that SVG is also prone to natural disasters, including those as a consequence of its location, terrain and the impact of climate change.

He said that experts have predicted that, based on historical performance, SVG and St. Lucia are expected to be the markets with the fastest recovery rates.

“And taking the arrival numbers back to 2019 numbers and there is a prediction that by the year 2023, we will see some measure of movement upwards within the industry,” James said.

Speaking about the road to recovery, he said that the roll out of a COVID-19 vaccine is expected to improve consumer confidence and stimulate travel across the world.

James said that the key priority of the recovery plan is to focus on promoting domestic tourism, building capacity within the sector and upgrade, in a significant way, a number of sites to accommodate persons both domestic and international.

“While we are somewhat on a pause, we have to build capacity within the industry,” the minister said.

COVID-19 came, and the exogenous shocks which followed left a trail of challenges to the country, the minister said.

He said that the UN World Tourism Organisation is reporting that there is an estimated decline in international travel equivalent to a loss of one billion arrivals and 1.1 trillion in international tourism receipts.

“It is something that is sending a shock wave internationally within every single country and moreso those countries that are heavily dependent on the tourism sector.”

James outlined the importance of the industry to the local economy, adding that the pandemic had resulted in a reduction in travel.

He said that the World Travel and Tourism Council, in 2019, put SVG tourism job numbers close to 7,000 as directly employed within the industry.

The ministry said that indirectly, employing within the industry could be close to 20,000, representing 10-15% of total employment.

“That is the significant impact that we have had on the industry and the challenges that we continue to face in St. Vincent and the Grenadines.”

He said that “the baseline scenario” suggests that tourist arrivals in the Eastern Caribbean Currency Union will fall by 56%.

“In St. Vincent and the Grenadines, there has been significant decline in arrival, yachting, cruise tourism. In almost every single aspect of tourism, in terms of our numbers, we have had declines.”

He noted that the minister had pointed out that there was a 92% decline in air arrivals, 90% in yachting, and cruise passengers arrivals had fallen 100%.

“Of course, these will have serious implications for our numbers, economically. But, we are fortunate in St. Vincent and the Grenadines in a sense that over the last two decades, this Unity Labour Party administration and this government has diversified our economy in such a way that we are able, to some extent, to cushion the buffer of the fall off that most countries within the Eastern Caribbean Currency Union would have experienced because they are more heavily reliant on either tourism, specifically, or financial service in which we have seen the adverse implication in response to the global pandemic on these income-earning and revenue generating sectors.”