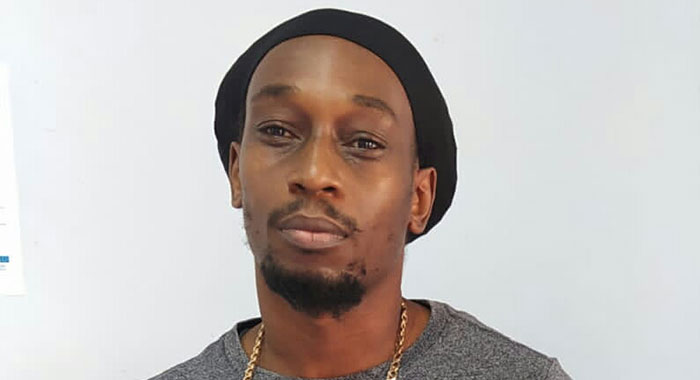 A man who was nabbed with just under two pounds of marijuana told police that it was his “quarantine weed fuh smoke”.

Erasto Nero, of Edinboro, maintained that that was the case after pleading guilty last Thursday at the Serious Offences Court to a charge that on Tuesday, Feb. 9, he had in his possession 832 grammes of cannabis, at Questelles.

Nero was arrested when police, as part of an operation, stopped motor vehicle PD 298 outside the Questelles Police Station and conducted a search of the heavily tinted vehicle.

The vehicle was driven by Eric Conliffe, of Kingstown, and the other passenger was Linford George Robinson, 39, of Kingston, Jamaica, at whose apartment police found an AR-15 rifle and 6o rounds of ammunition later that same day.

During his court hearing, Nero, who did not have a lawyer, said that he is a part of a planting group, “Rastafari Agro”, which grows various crops, including cannabis.

He said he had gone to collect his farmer’s licence at the office, but it was not open and Rastafari brethren gave him some herb.

“And seeing that the [corona] virus is so widespread throughout the country, I decided I go home, stay home and use it for my sacrament, because I am Rastafari.”

The chief magistrate asked the defendant if he eats chicken and he said no.

“Sure,” the defendant said.

“You look like a meat-eater,” the chief magistrate responded, triggering some laughter in the courtroom.

She, however, returned to her serious tone and asked the defendant if the marijuana was truly for his sacrament.

The chief magistrate said that some defendants would tell the court that marijuana found in their possession is for sacramental use but they are no way practising Rastafari as a religion.

“They haven’t gotten the first clue; they eating everything,” she said.

In handing down the sentence, Browne said that while Nero has a similar conviction, it is spent and would not affect his sentence.

She gave him one-third discount on his sentence, and ordered him to pay EC$930 forthwith or spend three months in jail.

2 replies on “Man says 2lbs was his ‘quarantine weed’”