‘I believe we are on borrowed time’ — NEMO chief 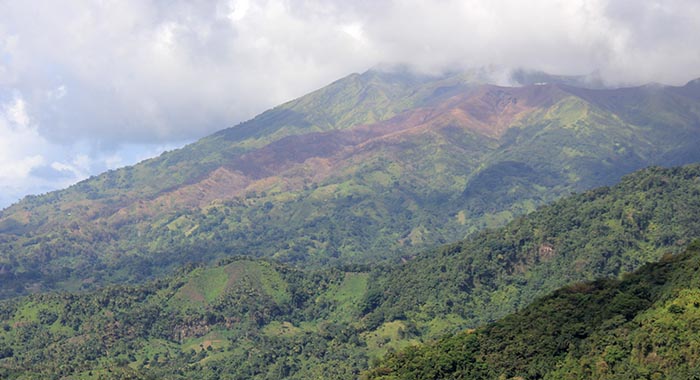 Director of the National Emergency Management Organisation, Michelle Forbes is again urging Vincentians to prepare in the event of an explosive eruption of La Soufriere.

The volcano has been erupting effusively since December and returned to its “normal” dome-building activity last Friday, after three days of elevated seismic activity.

Forbes said on VC3’s Round Table Talk on Wednesday that the cessation of the elevated seismic activity, which went on for three days last week, is no reason to become complacent.

“…we cannot sit and think it is all over because we know we are in it for the long haul,” Forbes said.

She said that her agency continues with preparation activities, including a pre-planned tabletop simulation exercise during the heightened activity last week.

“This is not the time for us to become complacent. Not because we hear that things have quieted down last week — because we can expect to have similar events,” she said.

“This can go on for quite a while and it can go in any direction from this point on because we have already seen the signs that it can go either way. So, we cannot rest on our laurels, if you want to put it that way, but we continue to prepare, we continue to engage the communities.”

Forbes said that over the last week, in particular, NEMO has “really worked on finalising any kinks in our transportation and evacuation planning, how we are going to move people, the resources that we need to move people; we need to have that well-oiled down in the event that we actually go into an explosive eruption”.

Meanwhile, speaking on the same programme, geologist Professor Richard Robertson said that the cessation of the heightened seismic activity puts the nation “back into that sort of uncertain period” where it is not clear what the volcano will do next.