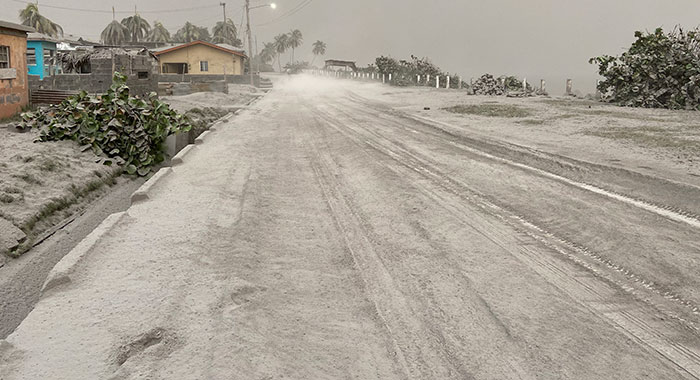 Steaming was observed in the upper parts of the Rabacca valley about midday Sunday amidst the ongoing eruption of La Soufriere.

“Investigation of the cause of this phenomenon is currently being investigated,” NEMO said Sunday evening in its daily bulletin.

Seismic activity at the volcano continued the pattern that began on Saturday, NEMO said.

“The seismic network recorded short episodes of high-amplitude seismic tremor, each lasting around 20 minutes, with gaps between them from one to six hours

“The episodes appeared to coincide with periods of enhanced venting or explosive activity. The background level of seismic tremors between the episodes has been increasing slowly from about 10:30 a.m.

The volcano continues to erupt explosively with the production of copious amounts of ash.

Explosions and accompanying ashfall, of similar or larger magnitude, are likely to continue to occur over the next few days.

The alert level remains at red, the highest on the four-level scale.

This number does not include those who have sought shelter with family and friends.

Evacuation of persons who had previously remained in their communities continued on Sunday.

The National Emergency Operations Center continues to be fully functional operating on a twenty-four hour, around the clock basis.