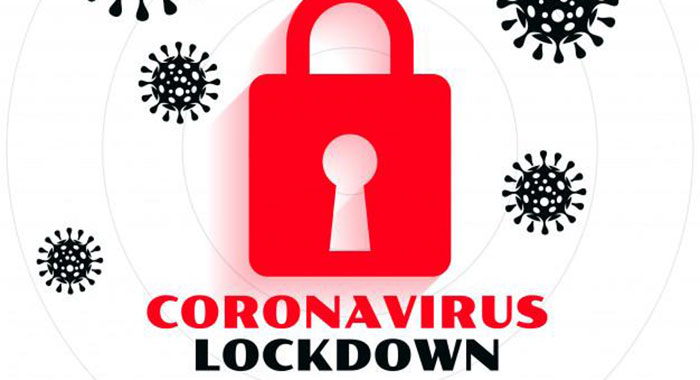 Two emergency shelters housing persons displaced by the eruption of La Soufriere have been placed on lockdown as a result of COVID-19.

So far, health officials have confirmed 33 COVID-19 cases in emergency shelters, including the government run facilities in Stubbs and Biabou, and two cases in private homes.

“The medical team shut down [access to and egress from] the shelters. It will be nobody in, nobody out,” Chief Medical Officer (CMO), Dr. Simone Keizer-Beache said on NBC Radio on Monday.

“We went from two cases to how many other cases within a matter of a few days and that is because we are not able to test as much and also because, as you know, if you test today and I am negative, you might be still positive and when we come back and test you after five days you then show up as positive,” the CMO said.

“So that is what we have done, we have instituted areas of quarantine, areas of isolation and testing in a five-day cycle to pick up new positives.”

Keizer-Beache said that in the last set of new cases reported from Friday, there were 18 cases of 192 samples, giving a positivity rate of 9.4%

The average positivity rate over the last 14 days was 4.98%.

“But April 30, Friday, was particularly worrying because of those 18 cases, 16 were from shelter and 14 were from two shelters and two persons were in a private shelter, private home that they were renting.

Keizer-Beache said that persons in emergency shelters were resisting testing for COVID-19.

“We really are trying to impress upon everyone the importance of testing,” Keizer-Beache said, adding that the protocol for shelter management calls for regular testing.

“… but we have been getting a lot more resistance and persons have refused to be tested and so now we are in a situation where somebody turns up with symptoms and then you realise that person is positive and then you have to go and check persons and you are finding these clusters in these shelters.

“That’s a major challenge and we really would like persons to comply with the test. It’s not anything that is going to give you COVID as some persons are thinking. We just need to know what’s happening to control.”

Speaking on the same programme, Prime Minister Ralph Gonsalves said he was shocked to learn from Michelle Forbes, director of the National Emergency Management Organisation (NEMO), that at one shelter, two volunteers quit because they did not want to do testing.

“I just don’t understand it,” the prime minister said.

“I don’t either, PM,” Keizer-Beache said.

She said that the Ministry of Health has circulated the COVID in Shelters protocol, which asks for testing of evacuees who are moving from one shelter to the other.

“We are not asking that if you are coming in brand new to the shelter that you get tested,” Keizer-Beache said, adding that testing is required for persons who are changing shelters, as part of the effort to reduce the spread of the illness from one shelter to another.

“But to the workers in the shelters, we are asking for your protection and the persons in the shelter that we do just testing every five to seven days, random testing. That will allow for us to pick up pretty quickly both in terms of persons being exposed in the shelters and persons taking it home.

“Once we find a positive person in a shelter, the protocols talk about how you quickly isolate that person, move them out if possible, and you continue testing their close contacts.

“One good thing about the way in which the shelters are managed is that families are kept within one room or they are kept together. So that is going to decrease the spread. But we are also asking about the use of mask and hand sanitising and there is a set protocol in terms of testing, keeping people contained, so that there is no further spread whenever somebody turns up positive in a shelter.”

The CMO said there have been persons who have refused and are not willing to be tested and have left the facility.

She, however, said that health officials are not telling people to leave the shelters if they refuse to test.

“What we can do, we are allowed to do in terms of the medical officer’s order, which is a quarantine order, which allows for us to enforce with the police, if we serve you that and you breach that, we can then refer you to be charged. We don’t want to have to go there but we can go there. So that is allowed. That is available,” Keizer-Beache said.

One reply on “COVID outbreak forces lockdown at emergency shelters”