That birth outside the maternity ward… 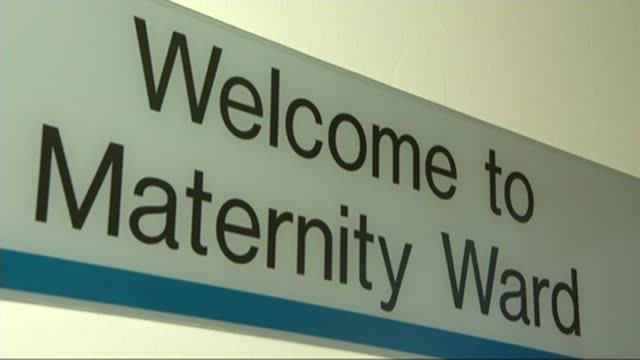 On April 18, 2021, a video of a woman bloodied by the birth of her baby on a bench outside a maternity ward in St. Vincent and Grenadines began circulating online. In this video, the voice of a man, who identified himself as the father of the new-born baby, was heard complaining and expressing his frustration with the medical services given to his partner. Most would agree that it took guts for anyone to look at this video in its entirety, as it was so disheartening and painful for anyone, especially women, to watch.

Since then, neither the minister nor his ministry has said anything publicly said about the issue as the investigations are probably still “ongoing”.

This makes it blow number two in this scenario. First, according to the report, the baby fell to the ground during the bench-delivery, resulting in a hit to the baby’s head. This is cruel and reflects a lack of care given to our mothers and babies by the public health sector. This blow could have caused serious health issues for the baby. That is blow number one. If the “duty of care” is so poor during delivery, then what can be expected from public health in caring for the child’s injury, had any been sustained?

Who would have financed the expenses incurred had the child suffered serious injuries? Who would have been held accountable for the neglect of the mother and the careless treatment given to her on that day?

Most of these questions can be answered if a serious, formal statement was made and if a proper investigation is done. However, there is a trend of “life-long investigations” in SVG when it comes to matters like these. It seems no one is held responsible and nothing is ever done to compensate those who suffer in these situations. What makes it worse is the lack of communication by authorities, which clearly highlights that little to no emphasis is placed on addressing health concerns, especially those of women. That is blow number two!

Public health in SVG seems to be a disaster. The cries of many women who have had unfortunate experiences during pregnancies cannot go unheard. There is no doubt that some women have great experiences as there are kind health-care professionals and sometimes, there are resources available. However, too often, there is a lack of resources, terrible attitudes of health-care professionals, strange instructions given to health-care workers and a lack of redress when these brutal “errors” occur.

Child-bearing, in itself, already pains a woman’s body and affects her mind naturally. There is no reason why so many of our women should suffer as a result of the negligence and ill-management of our public health sector, placing additional strain on the woman and her partner. There is no evidence that psychological care has been given to this particular family but one can only hope that the state did not fail to offer psychological assistance to the parents who experienced this situation.

Mothers are waiting on this investigation, Minister Prince. Fathers, too, are waiting on this investigation. In fact, St. Vincent and the Grenadines is eager to hear from the Ministry of Health on this matter. For too long, this treatment has been given to those who entrust their lives with the public health sector. Too many women in this country have become immune to these issues, simply because the authorities do not take us on. However, this is the time that women in SVG will utilise their strength, unity and voices as a vaccine against this “SVGIgnoreWomen” virus.

7 replies on “That birth outside the maternity ward…”