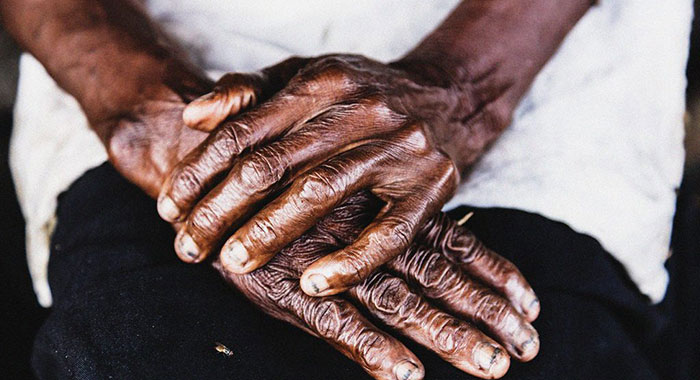 Forbes said that NEMO has established two emergency shelters to house persons who have mobility issues and these persons are “almost bed-ridden and cannot really do anything for themselves”.

There are over 30 persons in these shelters, including 22 at one of them.

“… that’s the main one, it is basically being functioned like a hospice where we have home helpers going and taking care of them,” she said on NBC Radio during the “Eyeing La Soufriere” programme.

“And most of these persons have either been left in the emergency shelters or their families have indicated that they can no longer take care of them. So we have two shelters with those persons. So we are looking at the social protection issues of these vulnerable persons and we are not sure if the families will be willing to take them back. So that’s one issue we are having,” Forbes said.

“Let me understand this. Persons have left their mother and fathers and grandmothers and grandfathers, the elderly ones, gone on their own and just left them?”

“And left them. And also some of the regular shelters cannot cater for their needs so we have also moved a few to homes that we have established as emergency shelters.

“So they have basically just left them, some are threatening that they will just leave them and go and some have actually left them and gone ahead. They have threatened to abandon them in the shelters. They have been doing that also.”

Forbes said that some people have said that they would abandon their relatives if NEMO does not give them “a wheelchair or if they don’t get better facilities or if you don’t take care of them.

“They no longer want that responsibility to take care of them.”

She said that some people have been asking for hospital beds for their elderly relatives.

The Ministry of Health has provided hospital beds for those people that NEMO has at the two shelters.

“So we have been able to cater for those who have basically been abandoned at these two shelters,” Forbes said.

The prime minister said that the request for a wheelchair is not unreasonable.

“We are finding more and more of these issues popping up, PM, and we actually will have to find additional space to house several more persons. We are trying to accommodate a few more people in these shelters.”

There are also cases where parents are going away from shelters “for a couple days and leaving their children unattended,” Forbes said, adding,

“So there is, of course, the child protection issue.

“We have children, primary school age, being left alone for quite some time, teenagers being abandoned, people going back home and just leaving them there in the emergency shelters and they are not even indicating to the shelter managers that they are stepping out or going to be where. So you have all of these unattended children sometimes within the emergency shelters.”

Forbes said there are “a couple” of these cases in different emergency shelters.

“Some people [are] claiming that they are going home to clean up but you don’t see them for a couple days and they don’t have any communication with the shelter managers.”

When the prime minister asked her for precise numbers, Forbes said that there were about 50 of these children — “both teenagers and young children”.

“Gee-whiz,” the prime minister said, adding, “We have to appeal to the caring instincts of our people.

“You can’t leave your elderly folk like that.  Be honest with the people in the shelters. Go and talk to them and say, ‘Listen, my home is in such a situation, I am not able to take them right now, take them back, can you help me for the moment? I will come and visit.’

“And let them come and visit on a daily basis and help to take care of their people too even while you have home helpers and any medical persons.

The prime minister said that abandoning children or just leaving them in the shelters and not saying anything is unacceptable.

“No man. No. We gah do better than this. We have to hold the social solidarity together in the family and in the community and in the society at large. Please, please, please…

“I am just appealing to people. You know what you have to do. You know it is wrong to leave your elderly like that at the mercy of other people, even though people are helping to take care of them.

“You can’t also abandon your children. I mean, come on. Please. Let’s do this thing – we are a good and civilised people, let us do it properly man. We have enough challenges already. All of us are together in this thing.”