He say, she say and a gunshot wound 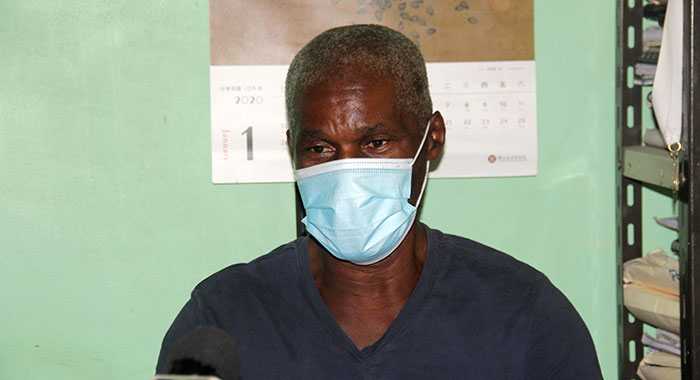 Analysis of claims midwives the healthy delivery of sound opinions. Claims are disputable. However, courtrooms rely on these same claims in the form of witness testimony to secure convictions, since most of the members are never on the crime scenes of the cases that they try.

Therefore, spoken word bears some basic level of veracity that holds the speaker accountable for what is said. If this was not so, then indeed there would be no defamation lawsuits. So, what is said is important, even if only as a starting point. Concerning the allegations surrounding the saga pertaining to Mr. Cornelius John, the senator and the assistant director of public prosecutions, we have little aside from claims.

Now, in a hypothetical way, let us assume that all that was publicly said on the matter by the relevant parties are factual to hopefully reveal some inconsistencies, questionable pronouncements and possible falsehoods—if any.

“Normally, I dwell at the bottom floor—the basement…” – Cornelius John

Mr. John claimed that the trio entered his yard and immediately headed to the back in the direction of the basement. Doesn’t it seem a bit odd that they would bypass the front and head straight to the back?

“I need my wife to assist me in my business and you are a single woman, stop carrying my wife up and down. Leave my family, why you want to mash up my family!?” — Cornelius John

Why did Mr. John feel the need to remind the lady that she is single, and why would he feel that she poses a threat to the unity of his family?

“I have my information on the third person and am waiting, I have a name, I have his rank…” — Kay Bacchus-Baptiste

If the police have not released a name for the potential third person of the trio (“Curved Back”), and Mr. John did not know either of the men, how did Mrs. Bacchus-Baptiste obtain this information on him?

“… there is a very reliable, independent witness who the police are aware of…” — Kay Bacchus-Baptiste

“I can say you know that there is a witness who gave a statement… up to three weeks — up to almost four weeks, the witness was not interviewed, but from my understanding, the witness has now been interviewed about a week now, but still nothing” — Kay Bacchus-Baptiste

Why did the police fail to interview the witness while the event was still fresh in memory?

“… the police was on the scene immediately after the shooting” — Mrs. Kay Bacchus-Baptiste

Was the gun used to shoot Mr. John licensed?

When the police determined Mr. Nelson to be a person of interest in the incident, couldn’t they have checked their database to determine whether or not he owns a licensed firearm?

And if the bullet/shell involved in the incident matches the firearm held by Mr. Nelson, on the chance of him having one, wouldn’t that be key to helping to establish whether or not Mr. Nelson was indeed “Tall Guy”?

I am not sure if we have the means on island to determine whether a gun was recently discharged from gun powder residue on the weapon and or person, but…

“When I was at the station … the guy who take the statement—the detective, he said I have to do a caution, he have to caution me….” — Cornelius John

The commissioner informed that reports were made against Mr. John by both Ms Morgan and Mr. Nelson. There was no mention of a report from the third person of the trio.

Did he not make one?

What was Mr. John accused of?

“The short one tell the tall one you don’t have to do that, and he was trying to block him” – Mr. John

Seeing that this article assumes everything said publicly on the incident is true then “Curved Back” (the shorter of the men) was the most reluctant of the trio. Therefore, a statement from Curved Back would likely reveal complementary and possibly, even more vital details. It would appear that the one with his back curved may well be the key to the straightening of this matter.

Next, Mr. John denied that any altercation took place between he and his wife on the day of the incident. His son basically reiterated this. When asked by iWitness News whether she had any confrontation with her husband on that day, Mrs. John responded “actually, not to my knowing”.

However, to iWitness News’ question on whether his wife had made a report against him, Mr. John replied yes, citing the officer that took his statement.

It would seem that the “he say, she say” dynamic could pose a threat to this article’s assumption that all that has been said so far are factual. However, this little issue to the article’s assumption could be swiftly resolved if the physical report is produced, or is unable to be produced.

“I had spoken to Senator Morgan, she called me when the incident occurred as you would expect that she would” — Prime Minister Ralph Gonsalves

The prime minister’s comment that Senator Morgan had called him after the incident took place basically confirms that she was at least on the scene. Also, doesn’t the admission to this call qualify the receiver to be something of a witness to say the least?

The notion of spousal abuse presumed by some, involving standing up for women is thrown into question when one considers this statement. With a spousal abuse notion, wouldn’t the interaction have sounded something more like, “Wey yo hit de oman fa!?”

There are likely quite a few missing links in the chain to connect a motive of defending a lady to questioning Mr. John about him wanting to kill the senator. Naturally, with the standing up for women narrative, most of us assumed that “Tall Guy”, “The Lady” and “Curved Back” were defending Mr. John’s wife. However, what if Tall Guy and Curved Back were actually standing up for The Lady in the trio? This interpretation would surely fill in the missing links between the notion of someone standing up for women and the key statement—“You want to kill the senator”. Would it not?

Next, the incident took place in Diamond Estate. Mr. John established that the lady is a resident of the village. How likely is it that the other two of the trio are from that same village too? The premise of a trio entering Mr. John’s property does not strike me as some spur of the moment occurrence. It speaks with a gentle whisper of co-ordination.

“I know her from the village, I saw her grow up from a young girl come up” — Cornelius John

“I could not recognise his face because he was wearing a cap and a mask, so I could not make out who he was” — Cornelius John

If Mr. John only knew the lady, and did not know Tall Guy or Curved Back, how come there was a second person of interest named by the Commissioner besides Ms Morgan, in the person of Mr. Nelson?

The Commissioner mentioned that Mr. John, Ms. Morgan and Mr. Nelson all filed complaints. Did Mr. Nelson become a person of interest solely on the complaint that he filed?

Is Mr. Nelson potentially Tall Guy or Curved Back?

Regardless, couldn’t the third person of the trio be discovered or named by the police using the same method that yielded Mr. Nelson as a second person of interest?

Hopefully, we can all analyse these claims in our own ways to see what sound opinions we can give birth to in what may turn out to be a landmark incident in Vincentian history.

2 replies on “He say, she say and a gunshot wound”