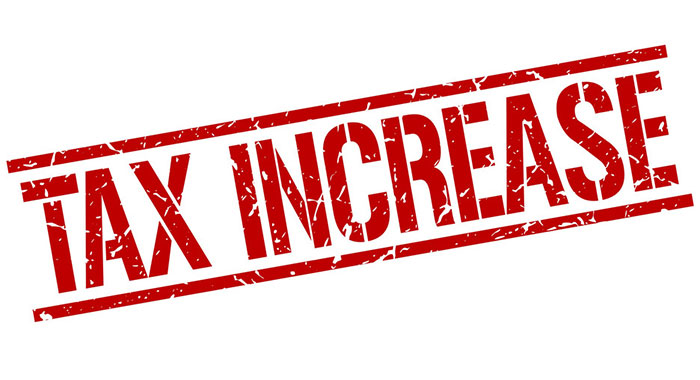 The money that the government will give to farmers and other people affected by the eruption of La Soufriere will be taken back through the increase in the Customs Service Charge, which came into effect on Tuesday.

Leader of the Opposition Godwin Friday further said it is not too late for the Ralph Gonsalves administration to cancel the increase, which Vincentians cannot afford in this year of multiple crises.

In the 2021 Budget, the government, in February, amidst strong objections by the opposition, increased the customs service charge from 5% to 6%.

Minister of Finance Camillo Gonsalves, downplayed the increase, which is expected to generate almost EC$10 million in additional revenue this year.

The money generated by the tax will be used to fund regional institutions, Gonsalves said, adding that even with the increase, SVG’s customs service charge is still among the lowest in the region.

The increased tariff came into effect on Tuesday, although the explosive eruption of La Soufriere, in April, created additional hardships for many categories of Vincentians.

This includes farmers in the Orange Zone, where root crop and vegetable cultivation was wiped out and cultivation is unlikely to take place for months; tree crops were significantly damaged and there was substantial loss of livestock.

The government included income support for farmers and other categories of workers in the EC$118 million supplementary budget passed last month.

However, Friday told a New Democratic Party press conference, on Tuesday, that the increase in the customs service charge would neutralise this.

“What little they are going to be giving out to the people, that was voted in the supplementary estimates back on Tuesday the 11th [of May], where the government has allocated $117 million thereabout to help with volcano relief, much of that is going to be taken back from people in the $10 million that they intend to raise from the customs service charge,” the opposition leader said.

Friday noted that the government has allocated EC$6.5 million to income support for farmers, social assistance of EC$2 million for food and food care packages for displaced people, and EC$500,000 for rental accommodation for shelters and transportation of students.

“The money that they are going to collect from the Customs Service Charge exceeds all of that,” the opposition leader said.

“And that money that you get from the government for income support, you got to go to the supermarket and spend it back on the higher-priced goods because of the increase in the customs service charge that takes effect today, in the middle of a crisis in this country.

“It is not too late for them to grow a conscience and a heart and say not now. The regional institutions, we can explain to them that we can postpone this measure until we are in a better position to be able to do it. That is the decent thing to do; that is the right thing to do.”

The opposition leader noted that the increased tax came into effect despite objections that were raised publicly by him, other members of the party, and other commentators about the inappropriate timing.

“… today, the first of June, there is  a public notice put out by the Customs Department informing the general public that as of today, the increase in the  Customs Service Charge goes into effect. So, instead of paying 5%, you would now be paying 6%.”

Friday noted that the charge was increased some years ago from 4% to 5%.

“Now, it is gone to 6% and today, that takes effect. So what you can expect, and what we have cautioned against and urged against in relation to this measure that this government has introduced, is that it is going to create higher prices for everybody.”

He said that almost everything on supermarket shelves in SVG comes through the ports and will be affected by the higher customs service charge.

“Why now? Why is the government introducing a tax on the people of this country that are suffering through a once-in-a-century pandemic called COVID-19 and, on top of that, have had to deal with the eruption of La Soufriere volcano, lost their income, many people lost the livestock, their homes have been damaged, their lives have been disrupted?”

The opposition leader said that value added tax will be applied to goods after the increased customs service charge is levied, resulting in an even more significant increase.

“I mean, it’s government alone that needs to live, to survive, to pay its bills? What happen to the rest of us, the rest of the people who are suffering, the vendors who can’t sell their goods, the cruise ship workers who haven’t worked in over a year and now have to purchase stuff in the supermarkets and pay increased prices, the hospitality industry that has virtually collapsed because of COVID-19 and they have to face the supermarkets and now will have to pay higher prices because the government decides it needs more revenue?”

Friday said that the regional institutions to which the money will go are important, but asked, “Why is this so urgent now?

“It is unconscionable that the government should be taxing the people of this country which is what it is — everybody will be paying it, rich and poor, because we all have to go to the supermarket — at this time.