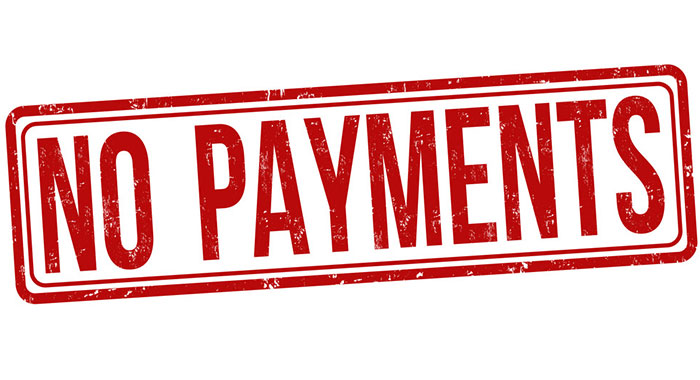 Recruits in the Auxiliary Police Force are yet to be paid after being called out to work on April 9 after the explosive eruption of La Soufriere.

The officers are still waiting to be paid two weeks after one of them contacted iWitness News about the situation but later asked that the story be put on hold, in light of an explanation that the commandant had given this publication.

On May 26, one auxiliary officer, who asked not to be identified in a new report, said that officers were called out to work when the volcano erupted.

“We have a police Facebook page and they put out a post saying that all auxiliary officers are to report to work,” the recruits told iWitness News.

“From then, we have been working; they did not tell us how we are getting paid or whatever. But, obviously, since they told us to report to work, we should have been paid since last month (April),” the recruit told iWitness News.

“This is going on for another month now and every auxiliary officer who worked at the shelter cannot get paid. We keep asking the question and they say they are putting it through,” the recruit said.

“End of month (May) will be two months and we cannot get any money,” the recruit said, noting that they still had to report to duty at emergency shelters.

“We still have to pay passage every day; we have to find lunch. “Everybody is afraid to talk.

The recruits said that officers who had raised the issue of pay when they were assigned to the port last year were sent home.

“A friend of mine was sent home. She is now afraid to talk. She is asking me to talk. It is terrible. So that’s why I don’t know if you could put out the news or if it would cause trouble for you to put it out.

“That’s why I don’t want any names to be mentioned. But the news has to go out. That’s the only way I see we would get paid: when somebody speaks out,” the recruit told iWitness News.

“They try to cover stuff, but this is something to speak out about. Ralph is travelling all overseas, finding money to travel but he cannot find money to pay us,” the recruit said.

“It’s very hard on us. Sometimes, at the shelters, if you go to the kitchen and ask for some food, they say the meals are only for the shelterees. I understand that, but we are working there too. It’s very hard.”

On May 27, iWitness News contacted Commandant of the Auxiliary Police Force, Michael Charles, who said that the recruits are not in the system and are, therefore, being paid by claims.

He said that the leadership of the auxiliary force explained to the recruits that the information would be submitted to police headquarters, which, in turn, submits it to the Treasury Department.

“But it will take a while. We explained that to them,” Charles said.

“Once we submit these things, we have no control over it,” he told iWitness News.

“They will be paid. It just means that because they are not in the system it might take longer.

Speaking on NBC Radio on Monday, Prime Minister Ralph Gonsalves responded to a WhatsApp message about the auxiliary officers not being paid.

“Well, one auxiliary from my constituency told me that. Somebody just hasn’t done the paperwork,” the prime minister said.

The prime minister said he told the constituent that he would find out this morning.

“Well, the person who had called me this morning, in fact — in fact, the person had texted me from overseas and I had raised it.

“At least one person texted me while I was overseas and I raised it on one of my calls and I was surprised to hear that the person –that was just over a week ago — that the person hadn’t received their money. And I always tell the civil servants, I said, listen to me, you’re getting your money every month. Don’t hold up other people’s money.

One reply on “Auxiliary officers into 3rd month without pay”