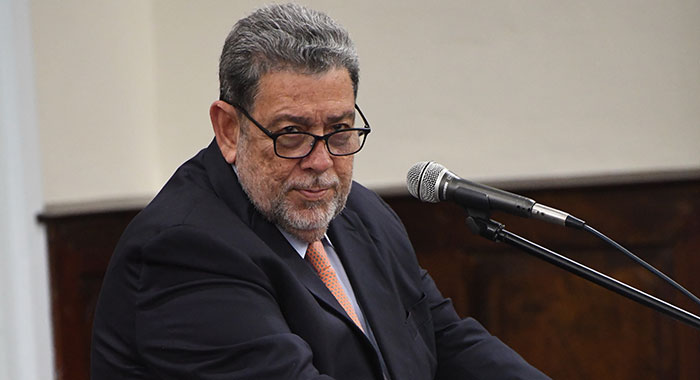 The impact of the school time lost because of the COVID-19 pandemic and the explosive eruption of La Soufriere would be felt about a decade from now.

Prime Minister Ralph Gonsalves says it is important that the nation’s students return to the classroom as soon as possible, adding that by the middle of this century, the lot of the nation’s 40-year-olds would be significantly affected by what is taking place today.

“We need to get those schools back up and running soonest. In the year 2050, which is 29 years from now, the child who is going to do the CPEA at 11-plus, he or she would be 40, 41 years old. If they do not have skills, they are not going to properly survive in 2050,” Gonsalves said.

The prime minister said that these citizens’ lot would be “very low incomes, there will be normlessness, there would be problems with their lives and their living, and in order to develop skills, you must have a sound, basic education and a lot of things which we do now ourselves with our hands and our brains, in 2050, it is happening already, that machines are going to these jobs.”

He said that the nation is already “seeing the problems of those who have missed out on the education evolution.

“I am talking directly into the hearts and minds of the parents who love their children.”

Face-to-face classes in St. Vincent and the Grenadines are yet to resume this year, as a spike in COVID-19 cases last December forced the closure of school after the Christmas break.

Students were scheduled to return to the physical classroom on April 12 but the explosive eruption of the volcano has placed that on hold, as many of the nation’s schools were used as emergency shelters.

The government is yet to give the all-clear for persons from the Orange Zone communities of Chateaubelair and Fitz Hughes in the north-west to return to their home.

Also, no all-clear has been given for communities north of the Rabacca Dry River in north-eastern St. Vincent.

Gonsalves told a press conference on Tuesday that there is anxiety for people to get back home but that the government is not chasing persons from shelters.

“There is a multiplicity of issues, some of them in contradiction to one another, because the situation is complex,” the prime minister said.

“For instance, you want to get the schools repaired, and some of the schools … a lot of work [is] to be done on them. And it would be a good idea to get the persons out as soon as practicable.

“But at the same time, the last thing this government, certainly I, want to see happening, is men women and children outside of the shelter and they don’t have anywhere to go. And let us understand this:

“You see this problem which we have been having since last year with education, educating our children because of COVID and now the volcano making it worse, you are not going to see the real consequence of this until seven, 10 years down the road.”

The prime minister expressed fears that some students will not return to school.

“You have their education interrupted, they are going to suffer and the persons who are going to suffer most are the children of the poor, the working people, the peasantry, single parents, particularly mothers who don’t have a supportive male figure in the home…”

He said that for many of these women who are the sole breadwinner, the actual classroom “provides a structure for them to be supported in a number of ways.

“This is apart from the question of the learning which they undergo,” the prime minister said.

Gonsalves said that as the leader of the country he can give “the benefit of my knowledge, my understanding, and apply my heart to wisdom.

“You may choose, for whatever reason, that you don’t want to listen, but you can’t say I’m not saying it.”