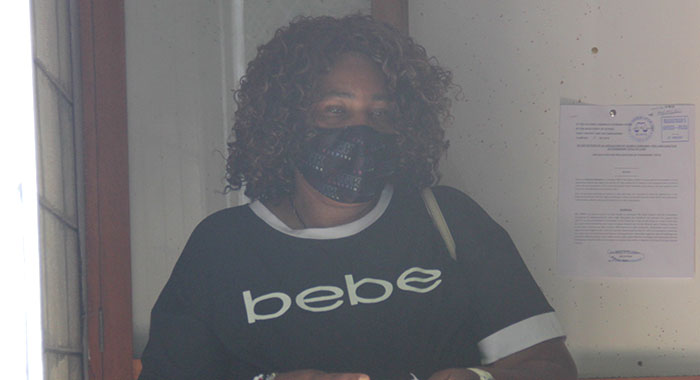 A Vincentian-American woman on Monday paid an EC$750 fine and averted a one-month prison term for breaching COVID-19 quarantine in St. Vincent and the Grenadines.

Monica Thomas, a 47-year-old domestic who returned home this month, pleaded guilty, at the Serious Offences Court, to a charge that on July 10, at Kingstown, she contravened an order made by Dr. Roger Duncan, medical officer of health, that she quarantine herself from other persons.

The facts of the case, as read by Corporal Atnel Ash, are that on July 3, Thomas arrived at Argyle International Airport on American Airline Flight 1427.

On arrival, she was served with an order from the Chief Medical Officer (CMO), Dr. Simone Keizer-Beache for compulsory quarantine for 14 days.

Thomas had a reservation for 14 days at Cobblestone Inn, in Kingstown.

She checked in at the hotel and about 9:30 a.m. that same day, she checked out of the hotel without being cleared by the CMO or any other health official.

After leaving the hotel, Thomas went to relatives’ home in Paget Farm, Bequia.

Public health nurse Sister Simmons, who is in charge of operations in respect of COVID-19 in Paget Farm, went to where Thomas was staying at Paget Farm and told her that what she had done was wrong.

Simmons accompanied Thomas to Bequia Paradise Hotel and completed her quarantine there.

On July 16, Thomas was cleared and released from quarantine. On that same day, Sergeant 555 Hoyte took her into Custody at the Port Elizabeth Police Station and informed of the report against her.

Thomas was cautioned and interviewed and told the officer that she had been frustrated.

In mitigation, Thomas told the court that she reported to the lady at the hotel her feelings.

“I was kind of frustrated,” the defendant said, adding that she felt as if she was going mad.

However, Thomas said she left before receiving a response.

Chief Magistrate Rechanne Browne told the defendant that the court does not take breach of quarantine lightly.

She said that everyone could make varying excuses about why they should leave quarantine.

“Could you imagine if you were positive,” the chief magistrate said.

Thomas told the court that she wore her mask.

However, the chief magistrate asked her if she had noticed Vincentians’ attitude toward mingling and socialisation.

She further noted that Thomas had come from an extremely high-risk jurisdiction.

Thomas said that she had not broken the COVID-19 rules.

“Apart from this one, and this is a serious one you break,” the chief magistrate said.

In handing down her sentence, the chief magistrate noted that the offence is a ticketable one and that the ticket attracts EC$750.

She ordered Thomas to pay the amount forthwith or spend a month in prison.