Jail for civilian nabbed with ‘police gun’ in Murray’s Village 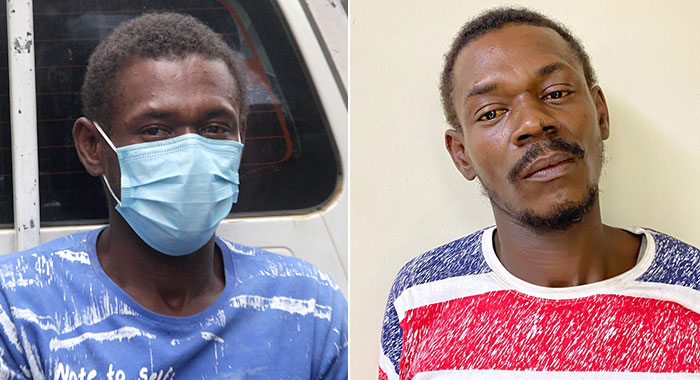 Kenroy Cornwall was jailed for two years for possession of the firearm and ammunition.

A man was jailed, on Monday, for two years and 11 months for possession of an unlicensed firearm, which multiple sources have told iWitness News had been missing from the Special Service Unit of the Royal St. Vincent and the Grenadines Police Force (RSVGPF) for some time.

It is not clear for how long the firearm was missing or how it came to be missing but the sources say that the development raises questions about how many police firearms may be in the hands of civilians in the country.

The man was not charged for handling stolen goods.

One source in the know told iWitness News that the firearm is not among those said to have been stolen from the Georgetown Police Station earlier this year, for which four persons have been charged.

Firearms expert Station Sergeant of Police Julian Cain, who testified in the case on Monday, having been summoned by defence counsel Grant Connell, told the court that the serial number on the side of the firearm was removed.

He, however, said that the serial number on the underside of the firearm remained intact.

Cain said that the weapon was well kept, clean, and all working parts were intact.

Connell asked Cain if a firearm with that serial number — LNL 271 — “is accredited to” the RSVGPF.

Asked who would have the record of LNL 271 and who it was “allocated to”, Cain said he did not know.

The exchange between the lawyer and police officer took place during the sentencing phase of hearing in which Kenroy Cornwall, 38, a labourer, of Murray’s Village, pleaded guilty to a charge that on July 23, “in St. Vincent and the Grenadines and in the first magisterial district, he had in his possession one Glock 22 Pistol serial number LNL 271 without a license issued under the Firearm Act.”

He also pleaded guilty to a charge that on the same date, he had in his possession five rounds of .40 ammunition without a license.

When the matter was first called, Cornwall, who did not have a lawyer, pleaded guilty to the charges.

Acting on information, the party went to Murray’s Village at CW Building in search of an unknown male who was said to be dressed in a blue, white and red long sleeve shirt and short blue pants and who was allegedly in possession of an unlicensed firearm

The officer went to the back of the building and Ballantyne saw Cornwall, who fit the description of the person described in the information.

Cornwall was standing near the grill with his back to the officers.

Daniel identified himself and the other officers and requested a search of Cornwall’s person and belongings.

The officers found the firearm in a blue and grey pocket bag that Cornwall was carrying. The firearm was loaded with five rounds of .40 ammunition.

When cautioned, Cornwall said: “Officer, consequences done happen. Me nah have nothing else to say. Me go just hire a lawyer.”

Cornwall was arrested and charged.

However, during mitigation, Cornwall told the court that he was not in possession of the firearm.

He claimed that someone had asked him to hold the firearm for “a minute” and the police intercepted him shortly after.

The man said that he had told the police certain things that he did not want to reveal to the court.

Chief Magistrate Rechanne Browne, who was adjudicating, asked Cornwall if he was saying that he was not in possession of the firearm.

She said if that is the case, she has to enter a not guilty plea and set the matter for trial.

However, Cornwall was ambiguous in his response, and the chief magistrate stood the matter down for some time.

When the matter was recalled, Cornwall appeared with Connell as his counsel, and Connell summoned Cain to tell the court about the specifications of the firearm.

In mitigation, Connell told the court that his client has two children and is a carpenter and mason. He noted that Cornwall pleaded guilty at the first opportunity, had no previous conviction of a similar nature and was extremely remorseful for his action.

He said that Cornwall had surrendered the weapon voluntarily and was in possession of it as a result of coercion.

The lawyer said that the defendant was of good character and was extremely helpful in assisting the authorities.

He suggested a sentence of around two years and six months in prison.

And, in his submission on sentencing, prosecutor Police Sergeant Renrick Cato pointed out that he had been assigned to that court for about two months, and a week has not passed without at least one gun case being heard.

The prosecutor noted that the police had acted on information and had intercepted the firearm in a public place among other persons.

Cato said that the court could not treat the offence as a minor one.

“It is too popular now. It is too common in St. Vincent and the Grenadines. And one of the purposes of sentencing is deterrence,” Cato said and asked the court to let the sentence be a true reflection of the seriousness of the offences.

He further asked the court to send a message to persons who are in possession of unlicensed firearms or those who might be inclined to get one.

In handing down her sentence, the chief magistrate said that firearm offences are extremely prevalent.

She noted that the police had acted on information and pointed out that the removal of the serial number from the firearm was a deliberate attempt to make it less recognisable.

Browne further noted that the firearm was recovered in a public place and pointed out the time of day.

She said that contrary to the lawyer’s submission, there was no voluntary surrender of the firearm, but the defendant had shown genuine remorse.