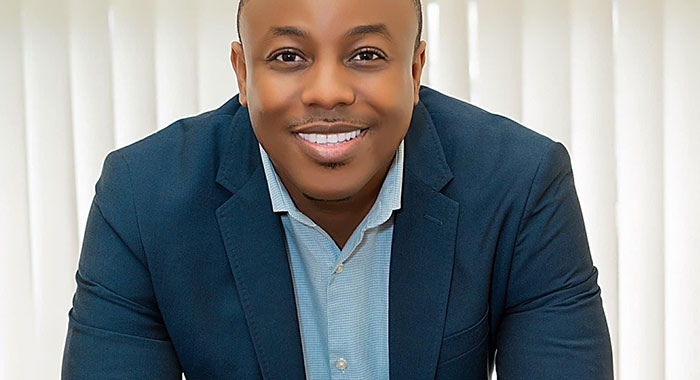 Jason Haynes, PhD, a 2008 national scholarship recipient, holds the position of deputy dean (Graduate Studies and Research) at the Faculty of Law, the University of the West Indies, Cave Hill Campus, and is an attorney-at-law.

Haynes knows success. Beneath that success, however, is a story that speaks of grit, determination, and immovable faith.

The story of a young man from a rural community in St. Vincent and the Grenadines with barely enough to live on is both gripping and encouraging. Today, shared with you, is part of his story.

Who is Jason Haynes?

“I am a Vincentian, originally from Largo Heights, now living in Calder, who is passionate about my country’s and the region’s development and social justice issues, and who endeavours to make my life and the conditions of those around me better.”

At 10 years old did you imagine your life to be what it is now?

“Never. Not in my wildest imagination. At 10 years old, I had already repeated classes. In fact, I moved between four primary schools because of various difficulties I was having at the time, including frequent asthma attacks, inability to pay rent, and no money to pay the bus or even to buy food. I wentto school maybe three days per week, if so many. I did the Common Entrance Exam at age 13, which is quite late by conventional standards. I had a really terrible foundation. To think that 20 years later I am where I am now, I think it is quite a marked achievement. It’s not something I anticipated, but I am very grateful and indebted to everyone (too many names to mention) who assisted me along the way.”

What would you say was the turning point in your life?

“… It only clicked for me when I was at A-Levels, when I was on a level playing field with everyone else, that I had the potential to do well. Before then, I felt like I could pass exams, and could get by, but only in a mediocre sense. At A-Levels, however, when I was in class with people who were naturally gifted, and who had much more resources and access to networks than I did, but I was nonetheless expected to perform at the same level as they did, I had to step up my game. Thanks to the now deceased Ms. Cheryl-Ann Smith and my other lecturers at SVGCC who insisted that it was not where I was from nor my then present circumstances that will determine my success that I was able to overcome one of the most challenging periods of my life. It was at that time that I really believed for the first time that success was possible, and that I could achieve anything that I put my mind to. Before then, I was happy with a mere pass as passing was my threshold for success.

Would you say that your background influenced the (mediocrity) mindset?

I think so. I think that when you come from a poverty-stricken situation, you are happy with the very basic things. So, if I got three meals a day, that in and of itself was an accomplishment. Oftentimes, I didn’t even have three meals a day. Most times, it was one meal a day, if I was so lucky. I had become satisfied with just the basics. We had a saying at home when I was growing up: ‘feast today, famine tomorrow.’ For a very long time, up until I was 18, I was a recipient of Public Assistance, colloquially known as “Poor Relief”. When, at the end of the month, I went to collect my Public Assistance, and [I] had a hundred dollars in hand, that meant the world to me. I celebrated it. For the first time in the month, we were able to afford to buy chicken back, and it became a point of celebration [because] we knew that … within the next week, we were no longer going to have [it]. On the days that we didn’t have, we ate as many mangoes as we could, and were heavily dependent on neighbours, friends and relatives for assistance. So, life was very much about enjoying the few moments in between when things were working out. School was therefore an afterthought.

I believe that my environment, in a good way, allowed me to value the basic things in life, but, in the same breath, it caused me to see life in a very narrow way. I didn’t know about scholarship opportunities, and I certainly didn’t know about university until I heard people speaking about it at SVGCC. Other basic things like a strong command of the English language, which others take for granted, did not come easily for me. In fact, outside of the classroom, no one around me spoke standard English. I had to, therefore, force myself to learn standard English by, for example, listening closely to cricket commentary, participating in extra-curricular activities, and reading the “Students’ Companion” multiple times. My world view was very limited because of my home environment.

What would you say has been the most important lesson you’ve learned so far in life?

The most valuable lesson I’ve learned over the years is that all things are possible with hard work, discipline, and faith. I think that that combination has really been the hallmark of my success.

People see my success, the awards, the positions, the accolades, but they often ignore the process. They don’t see the long nights, multiple rejections, outright failures, low self-confidence and even bouts of depression. I am big on process, on working hard, on being committed. My faith and discipline have been the ingredients of my success. Interestingly, “success through faith and discipline” is the motto of the St. Martin’s Secondary School at which I completed my secondary education.