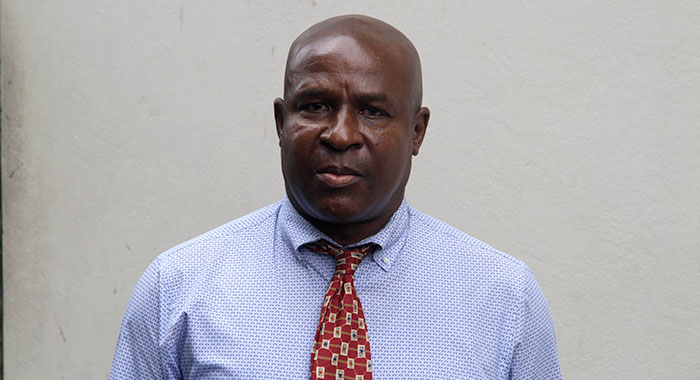 Retired superintendent of prisons, Brenton Charles, on Monday, gave, under oath, evidence in court that contradicts Prime Minister Ralph Gonsalves comments on radio last December about the keeping of records at Her Majesty’s Prisons.

The prime minister had addressed the matter on WE FM’s “Issue at Hand” on Dec. 27, after accused murderer Veron Primus had escaped from Her Majesty’s Prisons, in Kingstown, for the second time in just over a year.

On the radio show, Gonsalves was asked to respond to allegations that he was aware of certain problems at the prison and had not addressed them.

The prime minister, who, as minister of national security, has ministerial responsibility for the nation’s prisons, responded:

He said that the prison officers are better trained and have higher salaries.

“But, leh me ask you this. The quote-unquote, the dormitory book, which is to be held, when I asked for it, that is the class register nuh, equivalent of a class register, the Superintendent of Prisons told me in front of the other prison officers and the commissioner of police that it wasn’t kept,” Gonsalves said.

“So I asked, I said, ‘How long it wasn’t kept for?’ He paused and said, “About three years.” I say, ‘Commissioner, I get the feeling is probably longer it wasn’t kept.’”

The prime minister’s public comment formed the backdrop for cross examination of a witness at the Serious Offences Court, on Monday, as Charles, who retired after the December prison break, was recalled to testify in the case in which Louie Cupid, a prison officer, is charged with corruption, in connection with Primus’ first jail break in September 2019.

Defence counsel Grant Connell recalled Charles, a prosecution witness, after the defence was told that the prison diaries containing information relevant to the case could not be found.

Charles told the court that he was still on the job when Primus escaped for a second time — in December 2020.

Charles said he was present when Gonsalves visited the prison and they went to the Dormitory together.

He said that requests were made for the diaries and the diaries were examined in the prime minister’s presence.

Connell suggested to Charles that in December 2020, nearly one year and two months after the allegations were made against Cupid, the diaries had not been written in for years prior.

Charles further said it was “incorrect” that in the presence of the prime minister, he had admitted that the diaries were not kept.

“To be more precise, they weren’t kept for years,” Connell said.

Charles said that the commissioner of police and other police officers were in the delegation when the prime minister visited the prisons but the police chief was not always in his presence throughout the visit.

Charles said he was not asked in the presence of the commissioner of police for how long the diaries in the Dormitory were not kept.

He further denied, as the lawyer put it to him, that when asked, he paused and said “three years”.

Connell asked Charles for his response to a suggestion that the dormitory diary was not kept for longer than three years.  The former prison chief asked the court if the diary referred to was the Dormitory diary.

Told that that was the case, Charles said, “The Dormitory diary was always in place. It couldn’t be correct.”

Charles said he did not examine the Dormitory diary in the presence of the commissioner of police or prime minister.

He further said that he could not recall the exact date of the last time he had examined the diary before the visit of the prime minister and police chief.

“Those diaries are checked on a daily basis by the chief prison officer,” Charles said.