SVG’s vaccine law could force workers out of their jobs 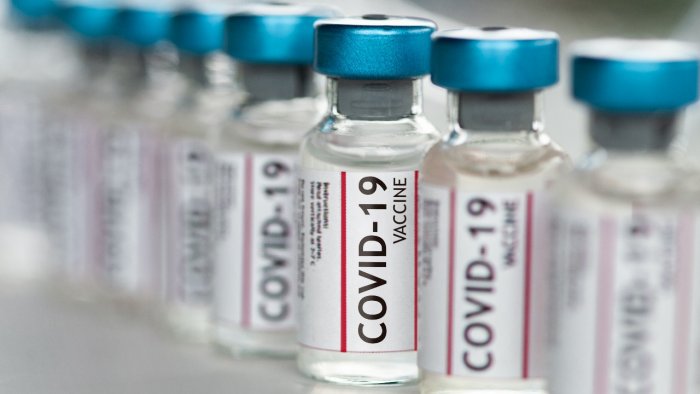 Prime Minister Ralph Gonsalves’ explanation of the changes to the Public Health Act suggests that workers, including doctors, nurses, police officers, cruise ship pier workers, customs officers, immigration officers, and other employees at airports may be forced out of their job if they do not take a COVID-19 vaccine.

Gonsalves, speaking on the state-owned VC3 television on Wednesday, said that under the law, which will be debated in parliament today (Thursday), frontline employees in central government and state enterprises “will be required, in accordance with their job”, to take the vaccine.

He added that while the job will require vaccination, the person would have a choice regarding whether they want to take the jab.

The prime minister said that a frontline worker may be exempt in the regulation on “medical grounds or on the ground of a religious belief deeply held”.

For exemption on medical grounds, the person must present a certificate by their medical practitioner, approved by the CMO.

“And in the case of somebody who objects, in good faith and in writing, that vaccination is contrary to his or her religious beliefs and the employer — that is to say, the state or any of the public enterprises — is able to make alternative arrangements to accommodate the employee.

The prime minister reiterated that the changes to the law do not make vaccination mandatory.

He said that by removing from the law the word “voluntary” as it relates to the vaccination programme, the government is “tidying up an amendment” which was made on April 9 last year to the principal act of 1977.

“And I think the issue which some persons, completely misreading what we are doing, is that they are saying that is to make mandatory the vaccine. But that is not the case, as I have explained it,” Gonsalves said.

Gonsalves said that one of the changes to the law is to empower the chief medical officer “to be the person who would oversee any exemption granted to any person in respect of a medical certificate issued by a medical practitioner — an exemption on medical grounds if you are not taking the vaccine”.

Gonsalves, who is also Minister of Legal Affairs, said that by removing the word “voluntary”, “there can be controversy that there is a conflict between this amended provision and the provision of 1977. And that’s all what is happening in that regard.

Gonsalves said that doctors and nurses will be considered frontline workers, adding that his government is of the view that a farmer, a fisher or any other individual, who may themselves not be vaccinated, would want the doctor or nurse attending to them at the hospital to be vaccinated.

“Similarly, if some person is arrested by the police, that’s a very intimate act. You would want the policeman, who is on the frontline, the policeman or woman, to be vaccinated,” the prime minister said.

“They are in your face. And it would seem to me that in the interest of public health, categories such as these, the job should require vaccination and the person who holds the job can choose whether they want to stay in that job or not to stay in that job.

“It is not mandatory in that there is a criminal penalty or there is a civil penalty. No. That’s not what it is. It is the job which will have the requirement of the occupant of the post to be vaccinated because of the importance of that frontline position.”

Gonsalves said the same thing can reasonably be argued for people who work the cruise ship pier, customs officers, immigration officers, and other employers at airports.

The prime minister said that there are “some deadly, deadly variants” of COVID-19, including the delta and the Brazilian variants, that are already in the Caribbean.

“The second thing is that we have to get back, as far as practicable, to some sense of normalcy, even in the circumstances of COVID-19, this public health emergency, this pandemic.”

Gonsalves noted that Virgin Atlantic will begin flying from the United Kingdom in October.

Further, there will be two international flights a week from the United States and Canada, in addition to increased regional travel, he said.

“We have to make sure that our frontline people are vaccinated, or the persons in those frontline jobs which require vaccination, that you are vaccinated, unless, of course, as I say, you fall under one of those two exemptions in the manner in which I have detailed them,” Gonsalves said.

“They, and all the mainstream scientists, have said yes, you have to take the vaccine. This has been proven in the laboratories, the efficacies of the vaccine in fighting COVID. But not only the efficacy inside of the laboratories but also the effectiveness which has come about by the rollout of the vaccine all over the world.  And to the extent that there is any minor risk in any medical, which you may take, the benefits outweigh by fair, for the entire society,” the prime minister said.

Gonsalves said that the Constitution permits “or limitations to be placed on any individual quote-unquote right for certain requisites and one of those requisites is public health.

“It is for the purpose of public health and that any such restriction or limitation of any individual right is reasonably justifiable in a democratic society. And what we are talking about, the regulations which we will make will fall inside of the four walls of the constitution. This is good for the country. It is good for employers, it is good for employees, it is good for every single person — adult person over the age of 18,” Gonsalves said.