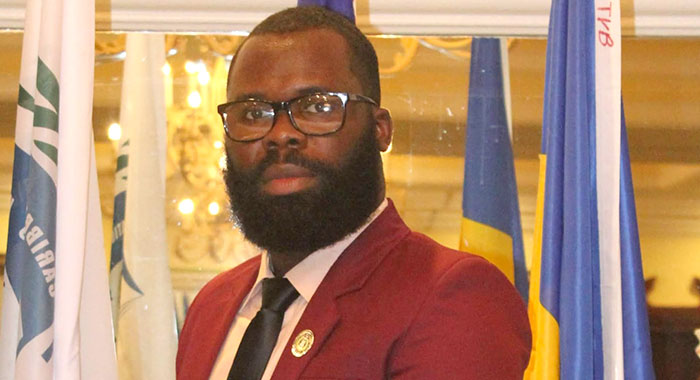 Vincentian police officer Devon Bute, a member of the Royal St. Vincent and the Grenadines, was elected unopposed to serve as president of the Caribbean Federation of Police Welfare Associations (CFPWA)  Inc.

Over a three-day conference, July 28-30, the CFPWA held its 9th annual general meeting virtually under the theme “Creating Connections-Building Bridges…Together”.

There were a series of discussions, however, but COVID-19 and its impact on law enforcement across the region was one of the main discussion point. In keeping with one of the organisation’s strategic objectives, a memorandum of understanding (MOU) was entered into and signed between Monroe College and the CFPWA, which aims to provide educational opportunities along with other benefits for all law enforcement officers within the region.

The annual general meeting and conference concluded with the federation recommitting itself to its aim and objectives according to the by-laws of its constitution.

In his closing remarks, Bute thanked all the participants for taking the time out to participate in the three days virtual annual general meeting, the immediate past president Ramesar and those that placed the confidence and trust to allow him to be elected unopposed.

He echoed that the federation has a lot of potentials and the new executive desires to realise those potentials.

Congratulations were extended to all from the general membership who expressed their confidence in the new executive and wished them a successful tenure.