N. Windward residents except Fancy must leave shelters by Monday 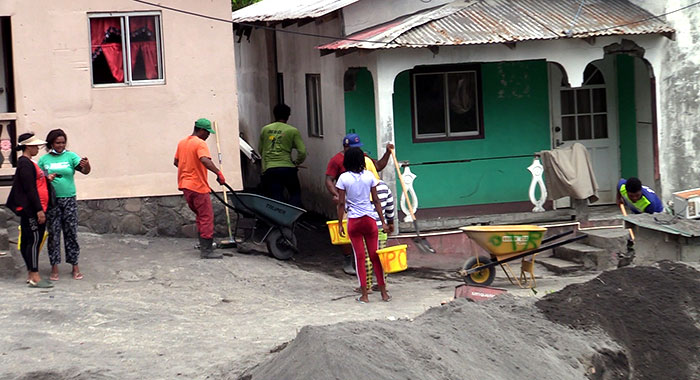 Residents of Owia and communities south of that north-eastern village who are in emergency shelters and government-paid accommodation as a result of April’s eruption of La Soufriere are to leave those facilities by next Monday, Aug. 23.

The decision was taken that all persons north of the Rabacca River up to and including Owia “we would like them to go back home by the 23rd of August…” Gonsalves said on Wednesday on NBC Radio.

“That specifically, we’d like the persons in the shelters to move and those that are in any government accommodation to go back by Monday, Aug. 23.”

He said that there are a few people who are very ill for whom special accommodations are made.

“… but, generally speaking, everything is in place for persons to go back up to and including Owia on the northeast by Monday the 23rd, the latest,” Gonsalves said.

He said that the decision was made on the basis of the government’s assessment “regarding safety from the standpoint of the seismology, the threat from the volcano”.

Further, water and electricity services have been restored fully up to Owia.

The hope is that water will be restored to Fancy by the end of August, the prime minister said.

“The police service would be restored in Sandy Bay and Owia by Aug. 23 because they are doing the cleaning up at Sandy Bay and they have some work to do, a little more work with some repairs to the Owia Station.

“In any event, the policing services are provided from Georgetown and by way of transpiration,” said Gonsalves, who is also Minister of National Security.

“So, I just want to say that you can go back and we would like you to get out of the shelters if you are between anywhere north of Rabacca, up to and including Owia by Aug. 23, save and except those persons who are particularly sick and that is also the case in government-paid accommodation,” he said.

The prime minister said there were close to 1,500 people in 33 shelters across the country.

“The numbers over the last few weeks in the shelters have not fallen sharply, the last three or four weeks, even though the number of shelters have fallen because there has been some consolidation, some amalgamation,” he said.

4 replies on “N. Windward residents except Fancy must leave shelters by Monday”