Some nurses forced to work double shifts amidst strike — union 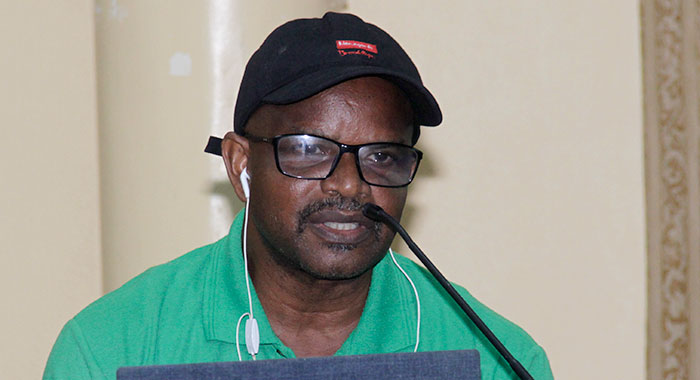 The Public Service Union said at 4 p.m. Wednesday that it was still awaiting the full information on the impact of the one-going four-day strike, but nurses at two health facilities had to work double shifts as their colleagues stayed away from the job.

Elroy Boucher, the union’s president, that at the Mental Health Centre, on Wednesday, 90% of nurses stayed away from the job. He said that the situation was similar at the Lewis Punnett Home.

The union was still awaiting a report from its representative at the Milton Cato Memorial Hospital, the country’s main healthcare facility,  as well as in the Public Service generally.

iWitness News was unsuccessful in its attempt to reach Minister of Health, St. Clair Prince by telephone around 4:20 p.m. for an update on the impact of the strike on the provision of healthcare services in the country.

On Tuesday, day one of the strike, about 75% of nurses in St. Vincent and the Grenadines reported to their public sector jobs.

Boucher told a press conference on Tuesday that the high turnout was not an indictment on the union.

“… given the peculiar nature of essential services, a meeting was held specifically with nurses. Those nurses voted overwhelmingly to take industrial action because they strongly oppose the vaccine mandate,” Elroy Boucher told the press conference.

“I want to stress, a decision taken by nurses to withdraw their service is a decision that is binding on all nurses. This fight that we are in is not a fight that I can go and stand up for you or the next person.

“It is a fight in which each and every one has to stand up for himself. It is not a time for persons to be afraid to withdraw their service, for whatever reasons, whether it be a scholarship or a promise of something,” Boucher said.

The industrial action is in objection to changes to the Public Health Act, which will see some workers forced to take a COVID-19 vaccine if they are to remain in their jobs.

Additionally, an Aug. 5 change to the Medical Officers Act now dictates that public sector workers for whom vaccination is required must get the final approval of doctors specially selected by the state, if they are to be exempted, on medical grounds, from taking the vaccine.

Ahead of the strike, the government announced the suspension of regular district clinic operations and elective surgeries across the country this week.

Boucher told Tuesday’s press conference that the mandatory vaccination issue had to do with fundamental rights.

The union leader said it makes no sense “that behind closed doors we are opposing what is happening and when the very trade union that represents you, acting on your mandate to do something, decides to do that and then you yourself — and I am talking about those public servants who know that they are opposed to these infringements … — turn around and will not heed the call of their membership; it’s sad.”

Boucher said that the strength of a union lies with its membership.

He noted that the withdrawal of service continued today (Wednesday), Thursday and Friday.

“I will continue to urge all workers to heed the call that was given by you yourself, that is, the general membership, to withdraw your service.”

He noted that the PSU will take to the streets on Thursday and encouraged “all to bring a friend, bring someone, meet us on Thursday for 9 o’clock; meet us at the Public Service Union.

“We have some t-shirts for members. The colour we are using is green. Meet us there and from there we can proceed to do a procession and a demonstration.”

Boucher pointed out that leading up to the industrial action, Prime Minister Ralph Gonsalves “had been pleading with the nurses not to stay home, pleading with them, and reminding them of all of whether it be scholarships or whatever he did, which is the responsibility of the state, not the prime minister…

“So I really do not know how many persons would have been so affected by that. What I do know, it cannot be an indictment on the union because the union are the people themselves, we are here fighting for those very nurses who have extreme difficulty with the government’s policy.”

Meanwhile, Oswald Robinson, president of the Teachers’ Union, which is supporting the PSU in its industrial action, supported Boucher’s position.

“Well, it’s not an indictment. Sometimes people could change their mind for any reason. It’s also a matter of choice, people have a right to associate and a right to disassociate; that is in our Constitution,” Robinson told the press conference.

He, however, said that the unions are “encouraging the collective principle because when you take a collective action, it is much more comfortable for the majority of persons to respond favourably”.

Robinson said that the Teachers’ Union and the PSU, in keeping with the law, informed the Governor General of the industrial action.

“So I know for sure that the workers are covered.”

He said that the union cannot always fully publicise its strategies

“Because if people are listening to these conferences to strategise, sometimes you have to catch them off guard — can’t spell out everything in the public. But we are preparing ourselves also for any eventualities, anything that will infringe on the rights of our members. We have done it in the past. And we will continue to reap the fruits of success.

“Because I’ve been saying that when the government is speaking about the common law, administrative law, we’re talking about constitutional law. And they ain’t qualify as yet. They ain’t reach up to the standard. So if they want another round again, we are preparing ourselves.”