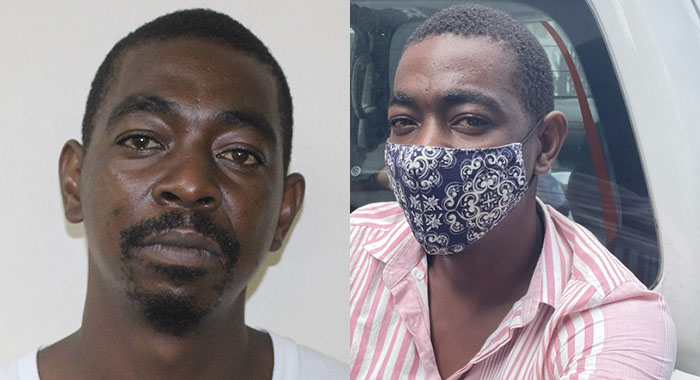 A 31-year-old Walvaroo man has been jailed for possession of a firearm, ammunition and a firearm magazine without a license under the Firearms Act.

Richards was nabbed with the firearm and ammunition when PC 248 Nadia Charles and other officers of the Rapid Response Unit conducted a search on him in the Campden Park community as he was walking along the road last Saturday.

Richards was one of three young men who were walking together and the Police found the firearm and ammunition in his waist.

When cautioned, Richards said, “Officer, me just find it on the road dey.”

Police then executed a search warrant at his home, where PC1114 Jemarie Roberts found the firearm.

In mitigation, defence counsel Grant Connell told the court that his client has no previous conviction, and runs a shop next to his home in Walvaroo.

He said that Richards cooperated with the police, did not run and the firearm was recovered.

Connell said that Richards expresses extreme remorse for his action, adding that the firearm was not brandished or used to threaten anyone.

The lawyer said his instructions are that when the police saw the men walking, Richards was given the firearm by those who were in his company.

The lawyer conceded that Richards had the firearm in his possession, “albeit temporarily”.

He said that the defendant had no previous conviction of a similar nature.

“He has walked the straight and narrow for 29 years save for his brush with the law as set out in his record,” Connell said.

“He was never part of any gang nor was he in possession for any act of revenge, nor did he have it for protection. It was merely an act of coercion,” Connell told the court.

“The police were there, on the spur of the moment he did not give much thought to the ramification of seven years [in prison, the maximum sentence] being on par with the same sentence of being in possession of cannabis. One seems to get a harsher sentence when in possession of compressed bush, cannabis, than in possession of a firearm,” the lawyer said.

He said that the circumstances put Richards on par for a similar sentence as Myron Samuel, a former national footballer who was jailed for one year and eight months for possession of a firearm and 15 rounds of ammunition without a licence.

“We clearly have a problem in St. Vincent and the Grenadines. When it is not these youngsters finding these firearms or holding them for their protection, they always have some excuse as to why they have the firearm and ammunition unlawfully.”

The sentences will run concurrently, meaning that Richards will only serve the longest of the sentences.

One reply on “Walvaroo man jailed for gun, ammo”