Radio announcer dies whilst being treated for COVID 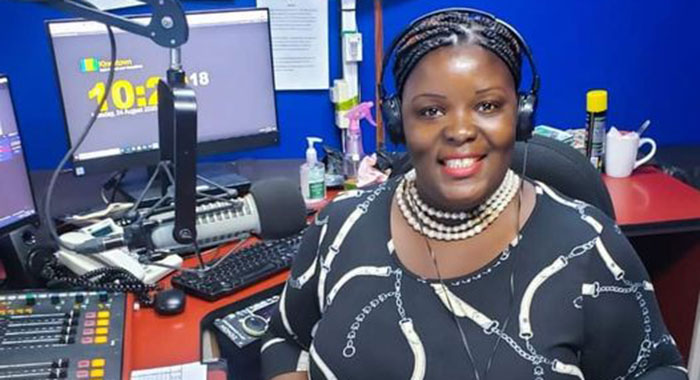 Javelle Frank, an announcer at the state-owned NBC Radio, died on Sunday, whilst undergoing treatment for COVID-19.

“It is with great sadness that we announce the passing of our mid-morning announcer and a cherished member of our team Ms Javelle Frank. The board of directors, management and staff of NBC Radio extend sincere condolences to the family and friends of Ms Frank.”

Sources in the know told iWitness News that Frank, a gospel artiste and former calypsonian, was unvaccinated against the viral illness, which has claimed 28 lives in St. Vincent and the Grenadines, as of Saturday, Oct. 2.

iWitness News was further reliably informed that Frank was hospitalised as a consequence of her COVID-19 infection.

Frank is a former executive member of the Public Service Union, having served as public relations officer.

She was host of the “Joyful Praise” weekday mid-morning show on NBC Radio, which formed part of her on-air shift on the radio station.

As part of her Christian ministry, Frank used social media platforms, including Facebook and WhatsApp, to share her daily “Arise, Shine Devotion” and inspirational messages with her followers.

She spoke of her health challenges in an audio devotion shared with her followers via WhatsApp last Monday, Sept. 27.

In the audio recording, Frank said:

In a WhatsApp message the following day, Tuesday, Sept. 28, Frank told her audience:

“There will be no Arise Morning Devotion until further notice. I apologise for any inconveniences this may cause. I covet your prayers at this time. God bless you.”

Frank is the second media personality to die in St. Vincent and the Grenadines in just over a year. Her death follows that of Jerry S. George who died of a heart attack while hosting his show on Aug. 4, 2020.

6 replies on “Radio announcer dies whilst being treated for COVID”