More deaths should be counted under COVID — doctor 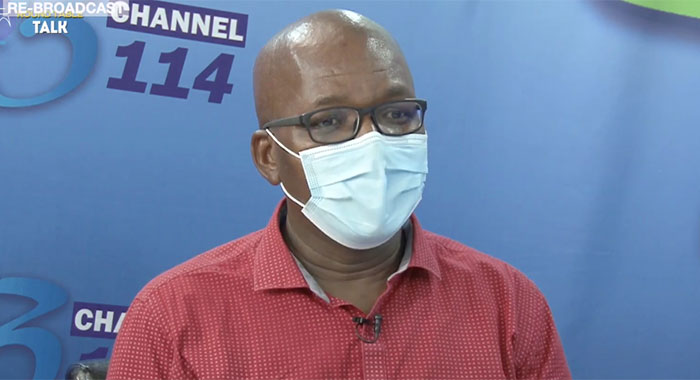 A senior doctor in St. Vincent and the Grenadines says that more deaths in the country should be listed as COVID-19 deaths.

Dr. Rohan Deshong, consultant urologist at the Milton Cato Memorial Hospital says that he believes that health officials have set the threshold too high for a death to be blamed on the viral infection, which has claimed 33 lives in the country.

He made the point on the state-owned VC3’s “Round Table Talk”, on Wednesday, as he made a case for more Vincentians to get vaccinated against the disease, saying that the deaths in the country are “unfortunate”.

“I’ve been a devil’s advocate. I am one of those who believe that if you were diagnosed with COVID, and you came into the hospital, and you had a heart attack, you got the fever, chills, rigours, little rashes on your chest, you came down fairly badly with it, but you’re a known hypertensive, or diabetic, and then you had a heart attack and died, many would say, ‘Oh, it’s because the pressure was high or the sugar was high.’ I am one of those who say, ‘No. The precipitant of your heart attack was the bad infection from COVID’,” Deshong said.

“But I think, I mean, Dr. Keizer can confirm it, we have strict criteria for saying — and when you do medical certificates, we generally have strict criteria for diagnosing certain things and for labelling a disease as the cause, the direct cause of death,” he further said on the programme on which Chief Medical Officer Dr. Simone Keizer-Beache was also a guest.

“And I think with COVID, we are fairly rigid. So rigid that I think we are, in my opinion, underestimating the deaths; we’ve been very conservative. We try not to frighten people and then we’re still getting blamed for elevating the figures to frighten people. I wish we had. I always think we shouldn’t. But here we are; we are being blamed for what we are not doing.”

Deshong said that health authorities are struggling against misinformation surrounding the vaccines, adding that some people are doubling down on the distortions and misrepresenting the reality in the country.

“There are those who are saying we have escalated the figures to make people frightened. If anything, …we tend not to escalate the figures, we have a fairly high threshold for calling a death a COVID death, to the point that sometimes, I think we put the bar too high,” Deshong said on the programme on which Chief Medical Officer, Dr. Simone Keizer-Beache was a guest.

“And so it’s facetious that people would think that we are elevating the numbers just to make persons frightened [so they would go] to get vaccinated. And then you hear the other flip side of the coin. Trust me; people take the information and misinterpret it in whichever way they can, including the information about the vaccine.”

He said that while some people say that vaccinated people are spreading COVID-19, this is not the case.

“Every scenario you can think of is being used to even distort the reality of what’s happening. And that’s sad. Fortunately, the people are waking up and saying, ‘You know what? I’m going to vaccinate.’ And I bet you if you go to clinics now, there are long lines outside the clinics of people waiting to be both tested and vaccinated.”

SVG is currently experiencing its second COVID-19 spike, which has seen 21 people die since Sept. 9.

During that same period, the death toll has risen from 12 to 33.

Commenting on the COVID-19 deaths in the country, Deshong said:

4 replies on “More deaths should be counted under COVID — doctor”