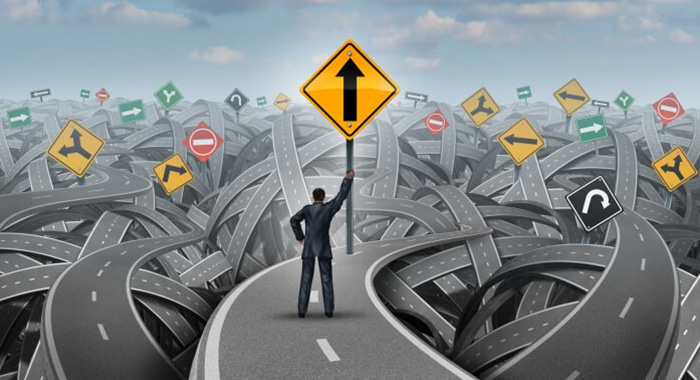 It was just hours after the volcano blow that I had my psychic stumping. It came upon me soon after Ralph took control of the crisis. I do not walk around thinking about the NDP not being in charge but when Ralph took control I did. I said, crikey, suppose the NDP jokers were running the show? Hallelujah, I was glad plenty they were not. Else crapaud would of smoke we pipe.

Instead of the systematic approach to the crisis, we would have had the calamity effect. From the NDP. First thing they would have done was to do what they know best. Protest it. They would have organised a protest, whipping up their mob with placards, stoning and arson material, chanting, “Is time for Soofray to go.” In short, it would have been like more ash and destruction. No, really.

Ralph’s impressive leadership of the crisis was not his first nor the last. Remember the floods that followed right after the volcano? And now the pandemic.

The pandemic, though, will be Ralph’s finest hour. His apolitical management, sincere concern, courage, and selflessness is the stuff of a boss leader. I say that regardless of the degree of his success because you can hardly blame one person for others’ uncompromising commitment to a reckless resistance to understand what is at stake.

After Ralph leaves, we should put him on standby. To be re-instated as our crisis prime minister in those times. Kind of like what they did with Winston Churchill in the early days of The Second World War.

I mean, there is Ralph, bending over backwards trying his mostest best to save Vincentian lives — and the nation’s resources — but has to put up with, besides silly propaganda conspiracies, the off-centre musings of a medical doctor.

Dr. Wayne Murray thinks that using deaths as a selling point to promote vaccinations is wrong. Perhaps yes. But his argument had more holes than Swiss cheese, so he failed to convince me. For the whole of his short article, in iWitness News, he gave no data in support. None. Zero. Two sentences stood out, though. Way out. One was too slick and unscienced. The other diametrically opposed to the point he was trying to make.

Slick and unscienced: Dr. Murray said as more people get vaccinated, it possible to see a number die of COVID-19. Possible? Yes, it is. The bigger concern is, is it worth getting vaccinated? Do the deaths-to-vaccine ratio go up? Or down? Doc? But it is not the salient point — it is the only point. He did not take the risk to go there and as a scientist, on a point of science, it was mischievous and irresponsible not to.

Diametrically opposed: He said that the same way you could die wearing a seat belt, you can die fully vaccinated. Huh? The safety record of the imperfect seat belt is the consummate argument to get vaccinated. It saves lives. Period.

Upon reading thus far, the usual blinker-wearing bigots, like Hans and Fitz would say, Ferrari “has written with such clarity”. Not so much from here. Now, it will be that I have “written with such rambling stupidity”.

You see, before this I had written a truth that happened to be flavourful to Ralph and Hans and Fitz got hold of it. Said one to the other about the piece, “I am in shock. The author (me) as we know is no supporter of Ralph or the ULP, yet he has written with such clarity on the issue. It is unfortunate that other Ralph haters who write cannot take off their political blinkers …” That is sooo loaded. Sooo condescending. Sooo narcissistic. Sooo uncompromisingly opinionated. The pair of toadies drip malignant ignorance and obsequiousness all over the page. They sit high up, cloaked in their assumed supremacy, their heads shoved all the way up where the sun doesn’t shine, dishing out accolades — a ULP rite — to whomever arouse their juvenile masculinity.

I am mister clarity himself when the message delights them. A dotish and dunce non-supporter — and a Ralph hater — when it does not. It is paranoia and rank stupidity. It is ULP groupthink.

So, I am a “Ralph hater”, eh? And they “know” who I vote for, too? But how do they know that? Were they in the booth? I thought knowing who voted for who was the province of Julian — alone. I guess not. Aside from not me, where did they get the evidence to “know” who I support? Oops. Sorry. The pompous trolls do not need evidence to know a thing. Evidence what? They just pin their evidence-free labels on a target that offend their political sensibilities. They just have to utter “we know” and by ULP sovereignty, they “know”. Just like that.

To pick up the subliminal message in, “… is no supporter of Ralph of the ULP, yet he has written with such clarity”, look to the “yet” modifier. What the pompous jerks are saying clear is that only supporters of Ralph and the ULP write with clarity. Or whom they deem, in a moment. When you put the same in different words, listen to the condescending narcissists throw me a bone: “In spite of not being on our side, Ferrari has written with clarity. And it is shocking that it came from outside our camp.” I was to feel blessed. They are so consumed with a sense of entitlement that it is like a rite. Ugh. ULP “rite” keeps coming up, but it is a frog too ugly to swallow.

Pickney ax she momma wha mek she mout long so? “It is unfortunate that other Ralph haters who write cannot take off their political blinkers …” What the? Do these hacks listen to themselves? Don’t answer that. It’s rhetorical.

To be honest; Hans surprised me. I do not expect much from Fitz. Fitz devotion to the Labour Party is a patrimonial hand down — in perpetuity. It is deeply unhealthy. But don’t knock it, watch way it put he. Some people can justify anything for a job sweet so. It isn’t exactly a nice thing to say but it is a reference to an ugly reality.

Is way Hans dey? SVG? Then I bess had move to Bequia before he shoot me dead. Not only cool, but Fitz is a nice guy. He ain’t like he bro; the gun toting mout-man. I hope.

3 replies on “Clarity then rambling stupidity”