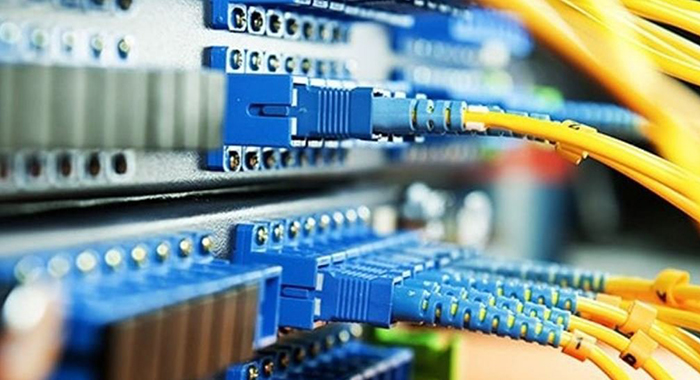 Minister of Telecommunications, Camillo Gonsalves, says a new law will be brought to Parliament early next year to address some of the issues that consumers are having with their broadband internet.

The minister was told on WE FM on Sunday, that some consumers, when the internet goes down, are unable to use their telephone to report it to their provider because the telephone goes down as well.

“Where are we with the telecommunications industry? What are the regulators doing?” Lanceford Weekes, one of the hosts of Issue at Hand, asked Gonsalves.

The minister said that a law was drafted quite a while ago at the level of the Eastern Caribbean Telecommunications Authority (ECTEL) — the regional regulator for telecoms — but was yet to make it to Parliament.

“That bill has been finalised and I have given a commitment to Cabinet that very, very early in the new year we are going to be bringing that legislation to Parliament which would have a very robust customer service and customer redress mechanism…”

Gonsalves said that the bill will, for example, allow people who pay for 100mb but only get 25mb, to seek redress.

“…  and that if the downtime of their service is [above] some certain understood threshold, that they can be compensated  or not have to pay their bill in full or what have you in that regard.”

The minister said another important thing about those types of challenges is competition.

“And I have said for a long time that internet service, in particular in St. Vincent and the Grenadines, is overpriced and unpowered, and the other word you can add is unreliable.

“You are talking about when rain falls and you lose service and the like. “

He spoke of the Caribbean Regional Communications Infrastructure Programme (CARCIP) project, under which fibre cable was installed, connecting St. Vincent and the Grenadine islands with internet infrastructure .

“… I know for a fact that the other private sector player in St. Vincent and the Grenadines is on the verge of rolling out formally their own high speed broadband service, which, because it is premised on the fibre backbone, won’t be subject to those sort of weather-related challenges and will be quite fast,” Gonsalves said.

“I don’t want to do their promotional work for them, it is a private sector company but quite fast and quite competitive in terms of price. And I hope that once that second player gets into the market in  earnest it will drive reforms and innovations in the dominant player in the market. I think that would happen.”

He said that the legislation to be passed in January will have “a lot more teeth in terms of dealing with the things that most people complain about when they complain about their internet service in St. Vincent and the Grenadines”.

Gonsalves said there had been “a lot of resistance from the provider” to the contents of the legislation but ECTEL has “managed to hold the line on most of the issues that are important to consumers”.

The telecommunications minister said when the law is passed, ”even if you don’t get your provider to complain about problems, you can get your regulator and your regulator would be able to follow up on those problems for you”.

He said that resolving internet issues in SVG is a major part of his government’s plans for “digital transformation”.

Gonsalves, who is also minister of finance, said that in the 2022 Budget and subsequent fiscal packages, his government will push reforms in how it does business with citizens.

“And so we want to make it that a citizen would be able to access their government, to do most of the things that people currently line up to do, we would be able to access their government via an app, via their telephone, via their laptop and do things, like pay their taxes, renew their drivers’ licences, renew their passport, register births and deaths, register property and the like.

“And those types of activities, we think, will boost the ease of doing business in the country and will reduce some of the frustrations that people have when they are trying to interact with their government,” he said.